The Arkansas Razorbacks will travel to Davis Wade Stadium at Scott Field to take on the 16th ranked Mississippi State Bulldogs this Saturday night in College Football action.

The Arkansas Razorbacks dropped their 2020 season opener after being defeated by the 4th ranked Georgia Bulldogs, 37-10, this past Saturday. Arkansas did a great job of slowing down the Georgia offense in the 1st half and went into halftime with a 7-5 lead, however, the Razorbacks struggled on both ends in the 2nd half and allowed the Bulldogs to pull away by scoring 32 unanswered points to close out the game. Arkansas was outgained by Georgia by a 387-280 margin and committed 3 turnovers in the loss.

Defensively, Arkansas did a nice job agianst the rushing attack of the Bulldogs, holding them to just 121 yards on 42 carries (2.9 yds/carry). Leading the way defensively for the Razorbacks was Grant Morgan (13 tackles) & Bumper Pool (11 tackles; 0.5 sacks).

The 16th ranked Mississippi State Bulldogs make a statement win under new head coach Mike Leach as the Bulldogs defeated the 6th ranked LSU Tigers, 44-34, this past Saturday. Mississippi State and Leach’s “Air Raid” offense shredded the LSU defense throughout the game and was able to pull away late after a 24-yard TD reception by Osirus Mitchell gave the Bulldogs a double-digit lead with just 3:39 left in regulation. Mississippi State outgained LSU by a 632-425 margin and lost the turnover battle by a 4-2 margin in the victory.

There is always a chance of a let down after such a statement win to start the season, however, I’m a believer in the Mike Leach’s “Air Raid” offense and expect big things for the rest of the season for Mississippi State. Arkansas hung tough with Georgia, but they struggle agianst the Georgia passing game in the 2nd half and I think it is only going to be worse for the Razorbacks against K.J. Costello & Osirus Mitchell. Mississippi State should have a bit more success defensively agianst the Razorbacks and as I think we see the Bulldogs put up 40+ points in this one, I think Mississippi State does enough to cover this double-digit spread. 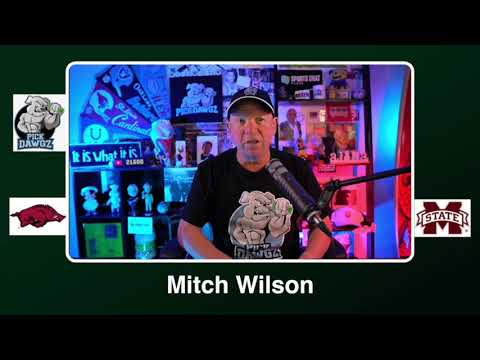