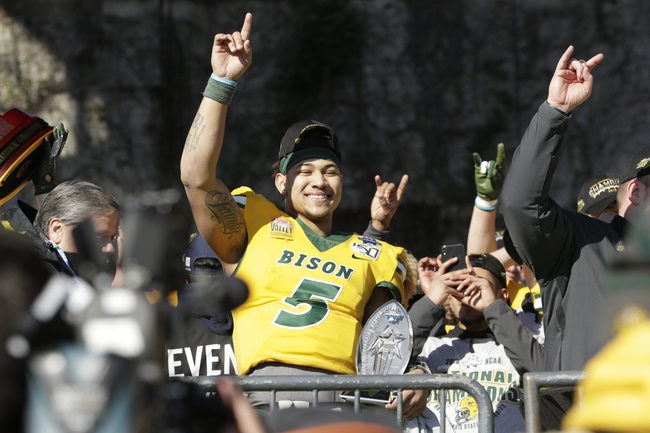 The Central Arkansas Bears and North Dakota State Bison face off in a Week 5 college football showdown at the Fargodome.

On the other side of this matchup is the North Dakota State Bison who are playing only one game this fall with the rest of the season being postponed until the spring. NDUS won another National Championship last season, and if this was a full season that would be the expectation this year. This might be just another game for everyone else but for Trey Lance this is another big edition. In the 2021 draft Trevor Lawrence is probably the best quarterback, but many believe that Lance is second after him. Last season Lance had another big year throwing for 2,786 yards, and 28 touchdowns. Lance also rushed for 1,110 yards to lead the team. Last season NDSU averaged 37.2 points per game and in their one game of the fall season, they are going to look to run up the score.