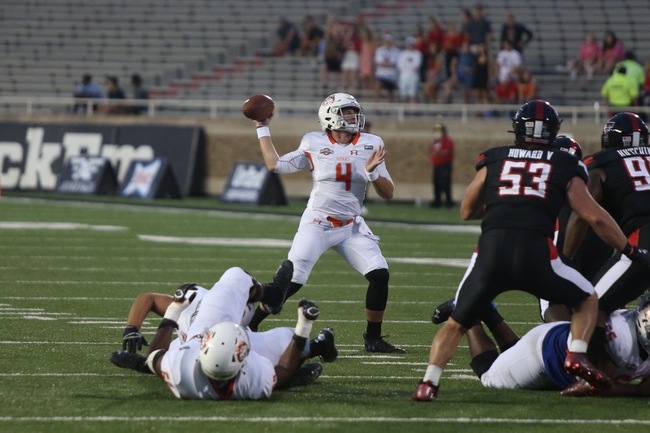 The Houston Baptist Huskies will travel to Roy Kidd Stadium to take on the Eastern Kentucky Colonials this Saturday afternoon in College Football action.

The Houston Baptist Huskies dropped to 0-3 on the season after being defeated by the Louisiana Tech Bulldogs, 66-38, this past Saturday. Houston Baptist was able to keep the game close early as the Huskies trailed by just  a 17-14 margin at the end of the 1st quarter, however, the Huskies had no answers defensively for the Bulldogs and couldn’t fight back after Louisiana Tech took a 45-24 lead with 7:50 left in the 3rd quarter. Houston Baptist outgained Louisiana Tech by a 542-501 margin and committed 2 turnovers in the loss. Leading the way for the Huskies was QB Bailey Zappe who completed 37 of 58 passes for 406 yards, 5 TD, and an INT.

The Eastern Kentucky Colonels picked up their 1st win of the season and improved to 1-2 on the season after defeating The Citadel Bulldogs, 37-14, this past Saturday. Eastern Kentucky was sold on both ends of the field against the Bulldogs and had no trouble picking up the victory after taking a 30-14 lead with 13:39 in the 3rd quarter off a 53-yard TD reception by Jacquez Jones. Eastern Kentucky outgained The Citadel by a 428-383 margin and won the turnover battle by a 3-0 margin in the victory. Leading the way for the Colonels was QB Parker McKinney who completed 16 of 26 passes for 4 TD’s.

Houston Baptist has not been able to pick up a win, however, I have been impressed by the Huskies especially after almost upsetting Texas Tech on the road. Eastern Kentucky looked better than expected against The Citadel, however, I think the Colonels are going to struggle finding ways to slow down the Huskies offense and QB Bailey Zappe who has been outstanding for the Huskies. I am not sure what the line is going to be, however, as I expect it to be somewhat close, my initial lean is to take Houston Baptist in this one. Check back later for my official pick when/if the line is released.

Brett’s Pick Please check back when the line is released