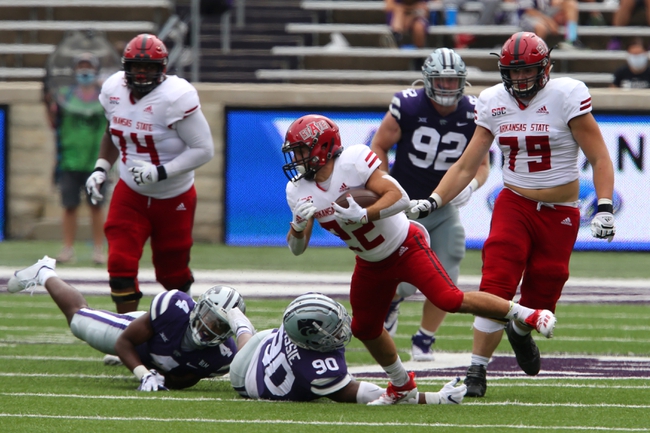 Arkansas State did not play in week four, as the team had its bye week. Arkansas State is currently 1-1 on the year, and the team's one win was quite the upset. Arkansas State took down a Power Five school in Kansas State on the road by the final score of 35-31. This win has recently become a bigger deal than it already was, as Kansas State just upset #3 Oklahoma in week three of the season. This shows that Arkansas State can play with the big boys, despite being one of the smaller schools in college football FBS. Arkansas State will look for another road victory against Coastal Carolina, and this will be the first conference game for both teams this season.

I expect yet another close game between these two strong Sun-Belt schools. Both teams have taken down Big 12 schools, which is always an impressive feat for a small team. I expect both teams to score a decent amount in this game, but towards the end of the game, I see Arkansas State pulling away with a road victory. Arkansas State seems to be the more well-rounded team in this matchup, and I think that will show in the fourth quarter of this game. I will take Arkansas State by 10 points.