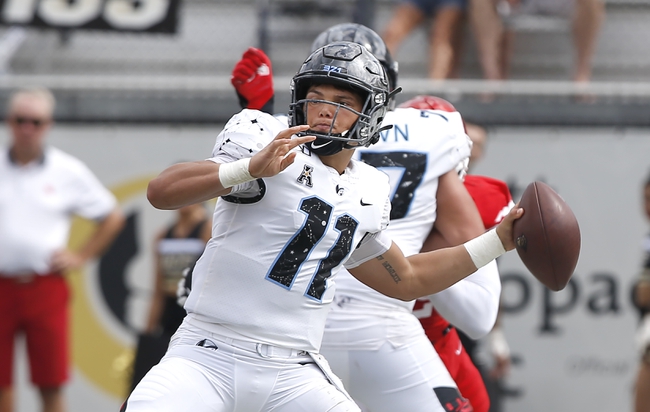 The Tulsa Golden Hurricane will travel to the Bounce House to take on the 11th ranked UCF Knights this Saturday night in College Football action.

The Tulsa Golden Hurricane dropped to 0-1 (0-0 AAC) on the season after losing their 2020 opener to the 11th ranked Oklahoma State Cowboys, 16-7, on September 19th. Tulsa led a low-scoring affair by a 7-3 margin going into the 4th quarter, however, the Golden Hurricane could not hang onto the victory after allowing the Cowboys to score 13 unanswered points to finish off the game. Tulsa was outgained by Oklahoma State by just a 279-278 margin and won the turnover battle by a 2-1 margin in the loss.

Despite the loss, Tulsa was outstanding defensively against the Cowboys and held one of the best RB’s in College Football in Chuba Hubbard to just 93 yards on 27 carries (3.4 yds/car). Tulsa’s defense was led by Malcolm Rodriguez who had 10 tackles (1 sack) and Kolby Harvell-Peel who had 3 tackles and an INT.

The 11th ranked UCF Knights improved to 2-0 (1-0 AAC) on the season after defeating the East Carolina Pirates, 51-28, this past Saturday. UFC had no trouble generating offense agianst the East Carolina defense and easily cruised to victory after 41 unanswered points gave the Knights a 41-7 lead early in the 3rd quarter. UCF outgained East Carolina by a 632-459 margin and won the turnover battle by a 4-0 margin in the victory. Leading the way for the Knights was QB Dillon Gabriel who completed 32 of 47 passes for 408 yards & 4 TD.

Tulsa had their game postponed last week, however, you had to impressed with their defensive effort against Oklahoma State in their season opener. Although I think the Tulsa defense is tough, I think they will struggle trying to contain the incredible passing attack of Dillon Gabriel and the Knights. UFC’s defense does a good job creating turnovers and as I just do not see Tulsa offensive being able to keep up UFC, I think UFC pulls away late and covers this spread at home. Good Luck! 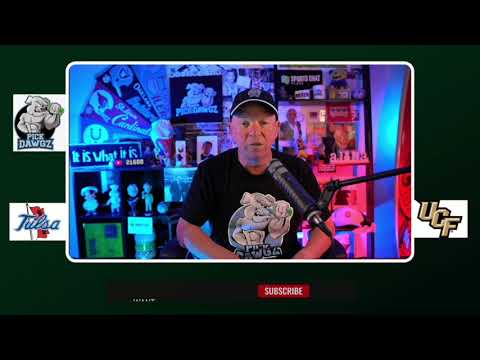