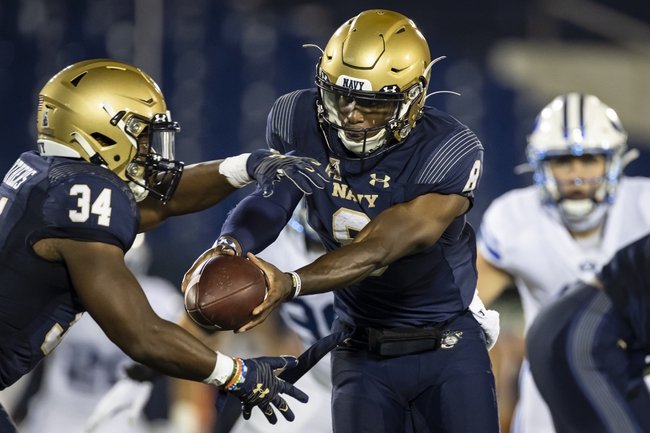 The Navy Midshipmen will travel to Falcon Stadium to take on the Air Force Falcons this Saturday night in College Football action.

The Navy Midshipmen improved to 1-1 (1-0 AAC) on the season after defeating the Tulane Green Wave, 27-24, on September 19th. Navy came out flat agianst the Green Wave and was down by a 24-0 margin at halftime, however, the Midshipmen dominated on both sides of the ball in the 2nd half and completed the come from behind victory after Navy’s Bijan Nichols hit a game-winning 33-yard FG as time expired. Navy was outgained by Tulane by a 373-350 margin, however, did win the turnover battle by a 1-0 margin in the victory. Leading the way for the Midshipmen RB Jamaal Carothers who had 127 rushing yards on 25 carries.

Offensively, Air Force was led by their rushing attack that helped the Falcons average 34.1 ppg. The Falcons averaged 421.8 total yards per game (123.2 passing yds/g; 298.5 rushing yds/g). Air Force lost a bunch of starters on the offensive end, however, they do return a few of the key pieces from their dynamic offense. QB Donald Hammond III returns after completing 50.5% of his passes for 1316 yards (101.2 yds/g), 13 TD & 6 INT. Hammond III also led the team in rushing TD’s with 13 and averaged 42.5 rushing yds/g. Also returning for the Falcons backfield is their leading rusher in Kadin Remsberg (181 att, 1092 yards, 8 TD) & Timothy Jackson (122 att, 745 yards, 6 TD). Air Force will no longer have their top two receivers in Geraud Sanders (30 rec, 746 yards, 7 TD) & Benjamin Waters (22 rec, 658 yards, 7 TD) and will hope a few players can step up this season to provide a passing threat for Hammond III and the Falcons.

Defensively, Air Force held their opponents to an average of 19.9 ppg on 319.6 total yards per game (219.1 passing yds/g; 100.5 rushing yds/g). The Falcons lost a bunch of talent in the secondary and will be led this season by LB Demonte Meeks & DE Jordan Jackson.

Navy looked like they were in for another blowout loss, however, the Midshipmen finally looked more like the team we were expecting to see in the 2nd half when they dominated Tulane on both sides of the ball. Air Force was outstanding last season and still should be a solid football team this season, however, they did lose important players on both sides of the ball and I think the defense is going to take a step back this season. Air Force should once again be solid in their running game this season, however, as they have a lot of inexperience on both ends of the ball, I expect the Falcons to struggle a bit in this one as it will be their first live-action game this season and that Navy does enough in this one to get the win. I am taking Navy on the money line here.  Good Luck. 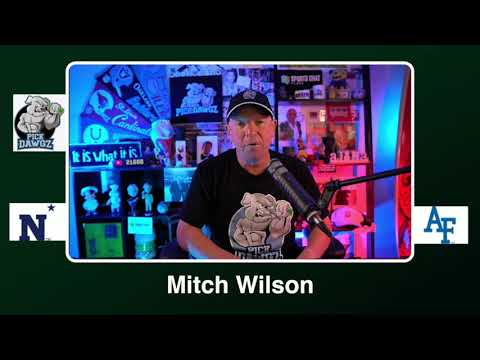