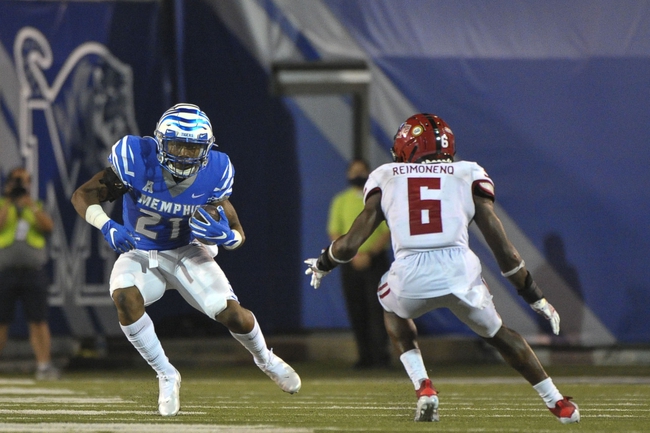 The Memphis Tigers and SMU Mustangs face off in a Week 5 College Football at Gerald J. Ford Stadium.

The Memphis TIgers played one of the the first college football games all the way back on September 5th, but they have dealt with a COVID outbreak since then, and now they have to try and regroup and continue their season. The Tigers first game of the season was against Arkansas State, a good team and in the second half they pulled away with a 37-24 victory. Memphis quarterback Brady White had a big game throwing for 280 yards, four touchdowns, and one interception. Rodrigues Clark also had a big game rushing for 105 yards and a touchdown. Memphis is known for their offense and getting into a shootout is exactly where they want to be in this game.

On the other side of this matchup is the SMU Mustangs who have played three games and they looked dominant in all three of the games. SMU’s last game was against Stephen F. Austin and in that game it was over from basically the opening kickoff coming away with a 50-7 victory. Two games ago against North Texas, SMU’s offense was even better coming away a 65-35 victory. Former Texas standout Shane Buechle has had a big season and if the games would have been close his stats would be even better. On the season Buechle has thrown for 852 yards, seven touchdowns, and two interceptions. On the ground, SMU has also been strong with two guys rushing for at least 293 yards.   This will be the toughest test of the season for SMU and they are going to have to play better then they did in their first game against Texas State, a game they gave up 24 points in.

Memphis have had a long layoff but they have the offense to keep this game close. Look for the Memphis Tigers to cover the spread with their offense having success running up the score.