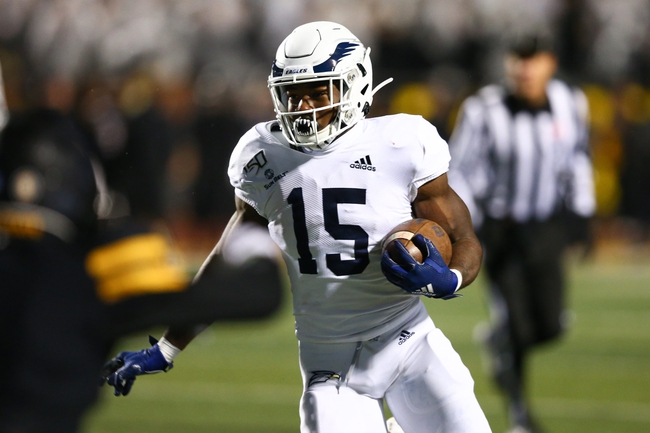 The Gorgia Southern Eagles will travel to Malone Stadium to take on the UL Monroe Warhawks this Saturday night in College Football action.

The Georgia Southern Eagles dropped to 1-1 (0-1 Sun Belt) on the season after being defeated by the 19th ranked Louisiana Ragin’ Cajuns, 20-18, this past Saturday. In one of the more exciting games of the weekend, it looked as if Georgia Southern was going to pull the upset after a 28-yard TD receptions by Khaleb Hood and a successful two-point conversation gave the Eagles a 18-17 lead with just :54 seconds left in regulation, however, the Eagles couldn’t seal the victory after Louisiana hit a 53-yard FG as time-expired for the victory. Gorgia Southern outgained Louisiana by a 447-438 margin, however, lost the turnover battle by a 21 margin in the loss. Leading the way for the Eagles was RB J.D. King who had 100 rushing yards and a TD on 24 carries.

The UL Monroe Warhawks dropped to 0-3 (0-1 Sun Belt) on the season after being defeated by the UTEP Miners, 31-6, this past Saturday. UL Monroe did not look like a team that was favored to win as the Warhawks struggled on both sides of the ball and could not fight back after falling behind by a 24-0 margin at halftime. UL Monroe was outgained by UTEP by a 512-193 margin and gained just six first downs in the loss. Leading the way for the Warhawks was QB Colby Suits who completed 17 of 27 passes for 184 yards, 1 TD, and an INT.

Georgia Southern has to be disappointed they could not pick up the win against Louisiana, however, this is one of the better teams in the Sun Belt that should have no trouble taking care of business agianst UL Monroe. UL Monroe has struggled to get any offensive going this season and defenses much worse than the Eagles as I don’t see how the Warhawks are going to slow down the Georgia Southern rushing attack, I’m taking the Eagles to cover this large road spread. Good Luck! 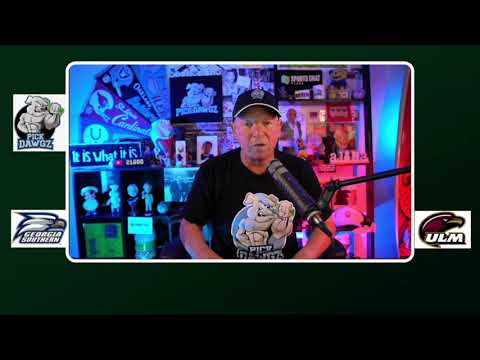