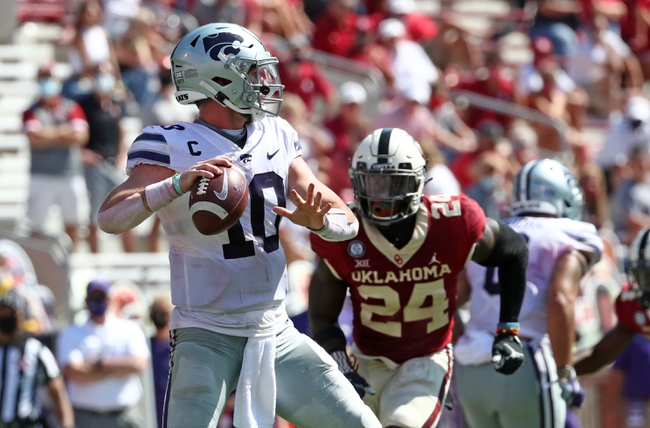 The Texas Tech Red Raiders will travel to Bill Snyder Family Stadium to take on the Kansas State Wildcats this Saturday afternoon in College Football action.

The Texas Tech Red Raiders dropped to 1-1 (0-1 Big 12) on the season after being defeated by the Texas Longhorns, 63-56, in OT this past Saturday. Texas Tech looked like they were going to secure the upset victory after a 75-yard TD run by SaRodorick Thompson gave the Red Raiders a 56-41 lead with just 3:13 left in regulation, however, Texas was able to fight back to force OT and the Red Raiders couldn’t answer after the Longhorns opened up OT with a touchdown. Texas Tech was outgained by a 476-441 margin and lost the turnover battle by a 3-2 margin in the loss. Leading the way for the Red Raiders was QB Alan Bowman who completed 31 of 52 passes for 325 yards, 5 TD & 3 INT.

The Kansas State Wildcats (1-1; 1-0 Big 12) bounced back from their opening season home loss to Arkansas State in impressive fashion, upsetting the 3rd ranked Oklahoma Sooners on the road, 38-35, this past Saturday. Kansas State looked like they were in trouble after Oklahoma took a 35-14 lead late in the 3rd quarter, however, the Wildcats finished strong on both sides of the ball and secured the upset victory after closing out the game scoring 24 unanswered points. Kansas State was outgained by Oklahoma by a 517-400 margin, however, won the turnover battle by a 4-0 margin in the victory. Leading the way for the Wildcats was QB Skylar Thompson who completed 18 of 25 passes for 334 yards and a TD while also adding 3 rushing TD’s.

Both Texas Tech and Kansas State were impressive if less than stellar starts to their 2020 season and this should be a fun game to watch. Texas Tech was impressive offensively agianst Texas, however, the defense has been awful this season as not only did it give up 63 points to Texas, they allowed Houston Baptist’s QB Bailey Zappe throw for 567 yards & 4 TD’s agianst them. Kansas State’s defense looked outstanding closing out the game agianst Oklahoma and as I think the veteran QB, Skylar Thompson should have no trouble putting up points agianst the Red Raiders, I’m taking Kansas State at home to cover this small spread. Good Luck! 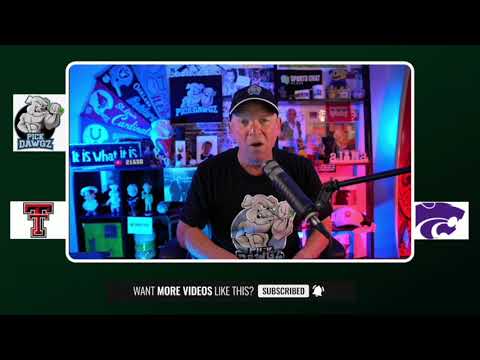