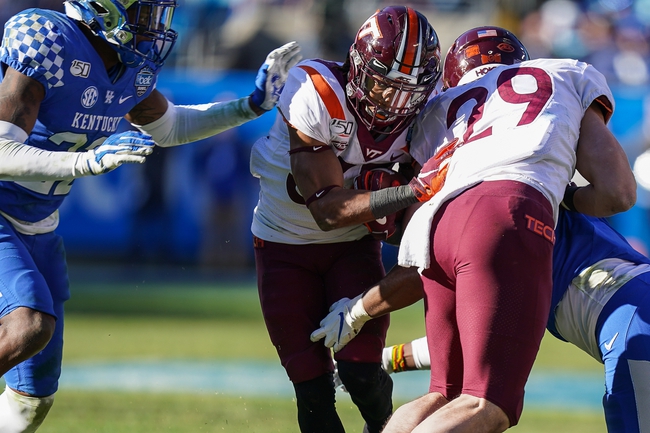 The Virginia Tech Hokies will travel to Wallace Wade Stadium to take on the Duke Blue Devils this Saturday afternoon in College Football action.

The Virginia Tech Hokies (1-0; 1-0 ACC) kicked off their 2020 season with a win after defeating the NC State Wolfpack, 45-24, this past Saturday. Virginia Tech was outstanding offensively agianst NC State and had no trouble cruising for victory after taking a 31-7 lead on a 16-Yard TD reception by James Mitchell with just :42 seconds left in the 1st half. Virginia Tech outgained NC State by a 495-386 margin and won the turnover battle by a 2-0 margin in the victory.

Offensively, Virginia Tech was led by RB Khalil Herbert who had 104 rushing yards and a TD on six carries while also hauling in two receptions for 46 yards. QB Braxton Burmeister completed 7 of 11 passes for 106 yards while also adding 46 rushing yards on 9 carries. QB Quincy Patterson II was effective behind center as he completed 4 of 6 passes for 75 yards and 2 TD’s while also adding 47 rushing yards and a TD on 10 carries. Leading the way for the Hokies receivers was James Mitchell (3 rec, 68 yards, TD), Khalil Herbert (2 rec, 46 yards), and Tayvion Robinson (4 rec, 40 yards, TD).

The Duke Blue Devils dropped to 0-3 (0-3 ACC) on the season after being defeated by the Virginia Cavaliers, 38-20, this past Saturday. Duke allowed Virginia to fight back after taking an early 10-0 lead and allowed the Cavaliers to pull away in the 4th quarter after Virginia scored 21 unanswered points. Duke was outgained by Virginia by a 450-342 margin and committed a whopping 7 turnovers in the loss. Leading the way for the Blue Devils was WR Jake Marwede who had 59 receiving yards and a TD on 2 receptions.

Virginia Tech has a nice start to their season with a convincing win over NC State and they will face off against a Duke team that has been absolutely killed by turnovers over their last two games, coming into this game with incredible turnover margin of -9 (14 lost turnovers) through just three games this season. Virginia Tech has a solid rushing attack that should have some success against the Blue Devils and as I just can’t trust a Blue Devils offense that has committed 12 turnovers in their last two games against a decent Virginia Tech defense, I’m taking Virginia Tech to cover this double-digit road spread. Good Luck. 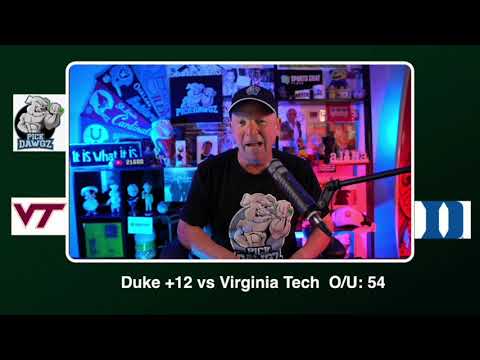