The South Florida Bulls will travel to Nippert Stadium to take on the 15th ranked Cincinnati Bearcats this Saturday afternoon in College Football action.

The South Florida Bulls dropped to 1-1 (0-0 AAC) on the season after being defeated by the 7th ranked Notre Dame Fighting Irish, 52-0, on September 19th. South Florida was dominated on both sides of the ball against Notre Dame and had no chance of fighting back into the game after going into halftime trailing by a 35-0 margin. South Florida was outgained by Notre Dame by a 429-231 margin and could not force Notre Dame into committing a turnover in the loss. Leading the way for the Bulls was RB Johnny Ford who had 70 rushing yards on 6 carries.

The 15th ranked Cincinnati Bearcats improved to 2-0 (0-0 AAC) on the season after defeating the 22nd ranked Army Black Knights, 24-10, this past Saturday. Cincinnati did an outstanding job defensively agianst the strong Army rushing attack and pulled away late after a Gerrid Doaks 60-yard TD reception gave the Bearcats a 24-10 lead with 6:55 left in regulation. Cincinnati outgained Army by a 331-276 margin and forced Army into committing two turnovers in the victory. Leading the way for the Bear Cats was QB Desmond Ridder who competed 18 of 33 passes for 258 yards, 2 TD’s, and an INT.

Cincinnati is a team that I think has a real shot to make a run at the College Football Playoffs as the Bearcats have a balanced offensive attack to go along with what will be one of the better defenses in all of College Football. South Florida relies on their rushing attack, which is going to be trouble in this game as we just saw the Bearcats completely shut down the rushing attack of Army and as the Bulls defense really struggled agianst the run against Notre Dame, I think Cincinnati does enough offensively at home to cover this double-digit spread. Good Luck. 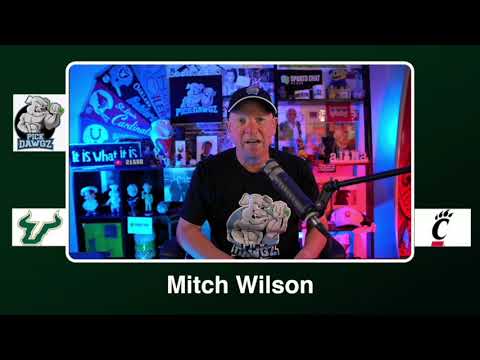