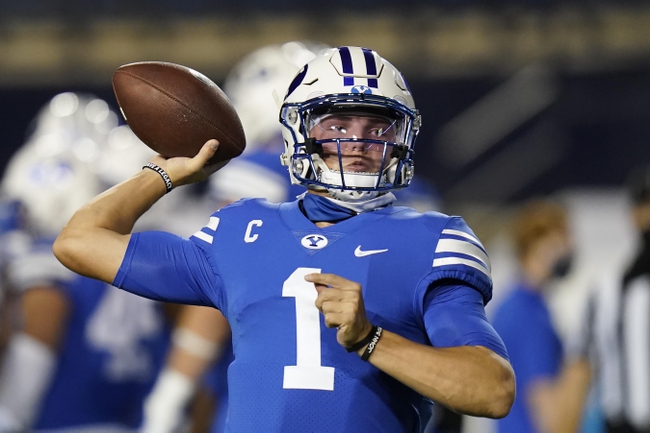 The Louisiana Tech Bulldogs and BYU Cougars face off in Week 5 college football action at LaVell Edwards Stadium. This is the first meeting in recent history between these two teams.

After beating Southern Miss by a point in their first game of the season, Louisiana Tech had no issue against Houston Baptist in the second game of the season putting up 66 points. Quarterback Luke Anthony had a big game against the Huskies throwing for 314 yards, five touchdowns, and one interception, Justin Henderson also had a big game on the ground rushing only 11 times but putting up 77 yards and a touchdown. The one concern for this Louisiana Tech team has to be with their defense and how many yards and points they have given up. In the last game against Houston Baptist they allowed 406 yards and five touchdowns through the ground.

On the other side of this matchup is BYU who has been dominant in each of their first two games of the season. To start the season, BYU faced off with Navy winning 55-3 and they followed that up last Saturday beating Troy 48-7. BYU quarterback Zach Wilson has looked like a dark horse Heisman Trophy candidate so far this year. In the last game against Troy, Wilson threw for 392 yards and two touchdowns. BYU has also found a lot of success on the ground led by Zachary Katoa who rushed for 76 yards. The Cougars defense is fast but they haven’t been all that tested, and this is going to be the best offense and quarterback that they have faced.

BYU has been impressive but LA Tech is going to give them a battle and their offense is going to find success. LA Tech but not score enough to keep it close, or even cover the spread, but they will do enough to put this game over the total. 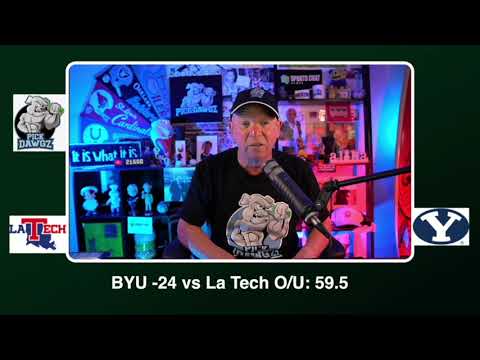