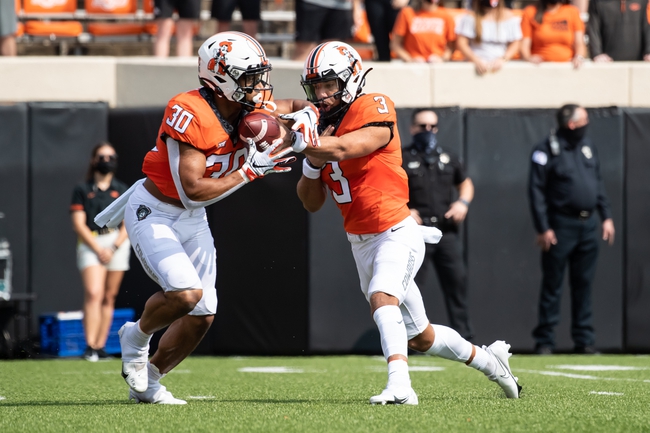 The West Virginia Mountaineers and Oklahoma State Cowboys face off on Saturday in a Big 12 showdown at Boone Pickens Stadium. The Cowboys have won the last five games over the Mountaineers.

The Oklahoma State Cowboys have to be really shaking their heads after how they played on Saturday against Tulsa. All the talk heading into the season was about how good the Cowboys offense would be but in the first game they scored only 16 points. Starting quarterback Spencer Sanders went down with an ankle injury early and it’s unclear if he is going to be able to go in this game. If he can’t go it’s going to be Ethan Bullock or Shane Illingworth who will get the starting gig. Chuba Hubbard was strong on the ground running for 93 yards, but that isn’t enough, especially if they don’t have their starting quarterback. On defense, Oklahoma State was strong, but there has to be some concern that was only because Tulsa’s offense was that bad.

On the other side of this matchup is the West Virginia Mountaineers who played one game against Eastern Kentucky and in that game the Mountaineers ran up the score putting up 56 points and that led to an easy victory. Jarret Doege has the starting job for West Virginia and in the first game he put up 228 yards and three touchdowns. Alec Sinkfield and Leddie Brown also had big games on the ground each putting up 123 yards and two touchdowns. On defense last season the Mountaineers struggled and they need to slow down the Cowboys in this game. 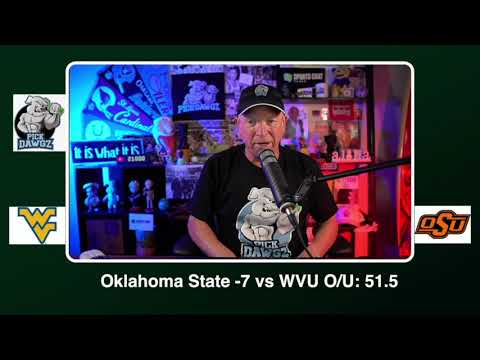