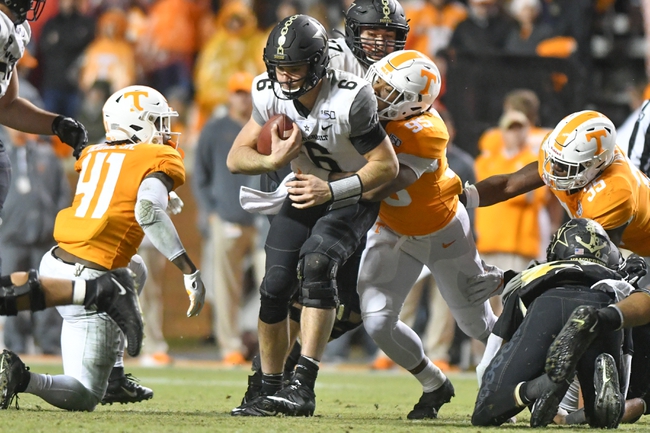 The SEC ruled that each team will have to play conference-only schedules during the regular season, so Vanderbilt and Texas A&M will meet in the first game of both of the school's seasons. Vanderbilt is coming off a very poor 3-9 season in 2019. Vanderbilt only won one conference game last season, and that came against Missouri at home. Vanderbilt was not sharp on either side of the ball last season, and things do not look too promising heading into the 2020 campaign. Vanderbilt will most likely start freshman Ken Seals in week four against Texas A&M. Seals is a three-star recruit from Weatherford High School in Weatherford, Texas. Vanderbilt will most likely run into some issues earlier on in the season on offense, as the team will try to get into a rhythm with its new quarterback.

Texas A&M is ranked #10 in the country heading into week four. Texas A&M finished 7-5 during the regular season overall with a 4-4 conference record in 2019. Texas A&M also won its bowl game against Oklahoma State in the Outdoors Texas Bowl by the final score of 24-21. Texas A&M returns senior quarterback in Kellen Mond this season. Mond threw for over 2,850 yards with 20 touchdown passes and nine interceptions last season for Texas A&M. Texas A&M will also bring back its leading rusher in Isaiah Spiller this season. Spiller rushed for 946 yards with 10 rushing touchdowns in 2019. Texas A&M will look to its experienced offense to lead the way this season and especially in its first game of the year.

Texas A&M opens as huge favorites in this game, as they are giving 30 points against the spread. I think Texas A&M wins this game easily, but there is no way I can 30 points in an inter-conference matchup to start the season. I will close my eyes and take Vanderbilt and the points here, as ugly and unappetizing as it may be.