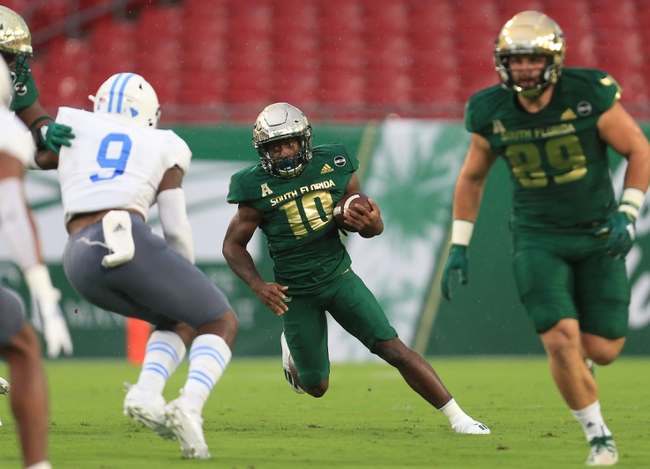 The South Florida Bulls and Florida Atlantic Owls face off on Saturday at FAU Stadium. The last time these two teams faced off was in 2013 when FAU came away with a 28-10 victory.

The South Florida Bulls had a lot of questions heading into the season and after two games, they really don’t have many answers. After winning the first game of the season against The Citadel, they really struggled against Notre Dame in the last game and that led to a 52-0 victory. Jordan McCloud is the starting quarterback for the Bulls, but he actually hasn’t been all that impressive. In the first game McCloud threw for 68 yards and in the second game he only threw for 64 yards. On defense there is a clear problem with this team and even though Notre Dame is no doubt the better team, giving up 52 points to them is a big concern. In this game, the Bulls need to get their defense going or it will be another long game.

On the other side of this matchup is the Florida Atlantic Owls who had a big season last year finishing with an 11-3 record but gone is Lane Kiffin and in is Willie Taggart. Chris Robinson is gone from the offense and now the team turns to Nick Tronti who didn’t see many reps last season, but he did get at least a little time. Outside, Tronti is going to need to get used to a lot of new wide receivers, T.J. Chase, D'Marcus Adams, and Aaron Young are all players who are going to need to step up. On defense they have players and if they weren’t to slow down South Florida that would be disappointing

FAU are 2-7 against the spread in their last nine games played in September. The under is 8-3 in FAU’s last 11 home games. .

The Owls have some questions heading into this season, but the Bulls haven't been impressive in the first two games and that is going to continue in this game. Look for South Florida to struggle to score in this game. FAU is going to run up the score which will allow them to cover the spread.