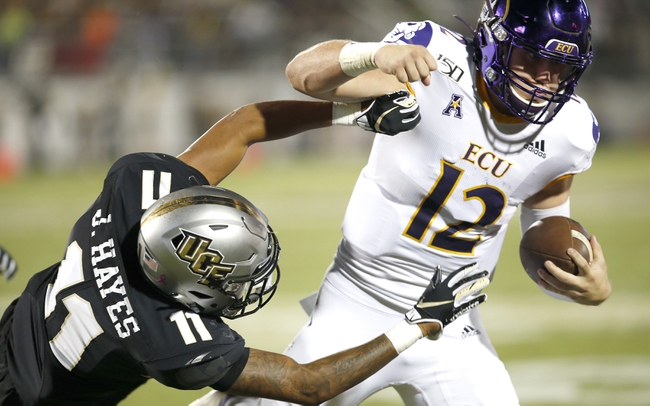 The UCF Knights and East Carolina Pirates face off on Saturday in an AAC showdown at Dowdy-Ficklen Stadium. Central Florida has won the last four games against East Carolina including the last game where they won 41-28 in 2019.

The UCF Knights have high expectations for this season and in the first game they looked impressive. This is a team that has had a lot of people opt out because of COVID, but it’s clear they are still a very talented team. The Knights first game was against the Georgia Tech Yellow Jackets and they really had no issue putting up 49 runs and that led to an easy blowout victory. Dillion Gabriel had a big game putting up 417 yards, four touchdowns, and one interception. This is a defense that has a lot of playmakers, but they let up too many bunch plays in the first game, In this game Central Florida needs their offense to run up the score again.

On the other side of this matchup is the East Carolina Pirates who weren’t elite last season but they were an entertaining team to watch with their four wins. Last season the Pirates offense was strong and he finished the year 46th in the country in terms of yards on offense. Quarterback Holton Ahlers is the star of the team and this game is going to come down to him. Last season, Ahlers finished the year throwing for 3,387 yards and 21 touchdowns. This is a defense that is terrible, and to win this game it’s probably going to have to be the offense running up the score.

These are both offenses who can score and there is going to be plenty of scoring by both teams. Look for both teams to run up the score and this game will go well over the posted total. 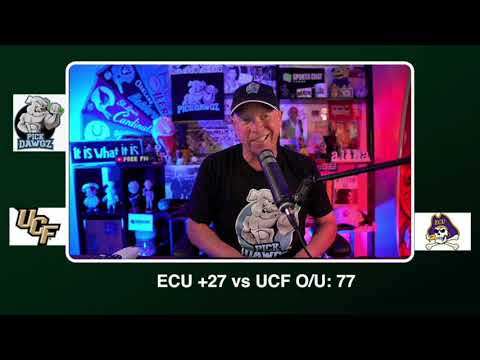