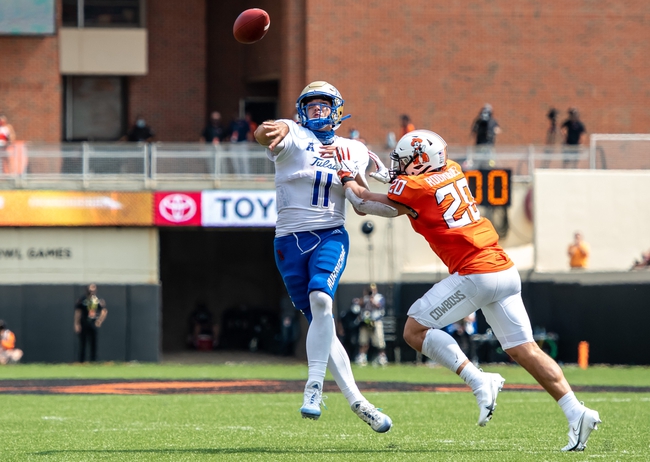 The Tulsa Golden Hurricane will travel to Centennial Bank Stadium to take on the Arkansas State Red Wolves this Saturday afternoon in College Football action.

The Tulsa Golden Hurricane dropped to 0-1 (0-0 AAC) on the season after losing their 2020 opener to the 11th ranked Oklahoma State Cowboys, 16-7, this past Saturday. Tulsa led a low-scoring affair by a 7-3 margin going into the 4th quarter, however, the Golden Hurricane could not hang onto the victory after allowing the Cowboys to score 13 unanswered points to finish off the game. Tulsa was outgained by Oklahoma State by just a 279-278 margin and won the turnover battle by a 2-1 margin in the loss.

Despite the loss, Tulsa was outstanding defensively against the Cowboys and held one of the best RB’s in College Football in Chuba Hubbard to just 93 yards on 27 carries (3.4 yds/car). Tulsa’s defense was led by Malcolm Rodriguez who had 10 tackles (1 sack) and Kolby Harvell-Peel who had 3 tackles and an INT.

Arkansas State is coming off one of their biggest wins in program history, defending a Power 5 school on the road, however, I think the Red Wolves are going to have trouble in this game against an underrated Tulsa team. Tulsa’s defense looked outstanding agianst a very good offense in Oklahoma State and as I think the Tulsa offense will have some better success agianst a Red Wolves defense that has given up at least 30 points in each of their first two games, I’m taking Tulsa and the points. Good Luck.