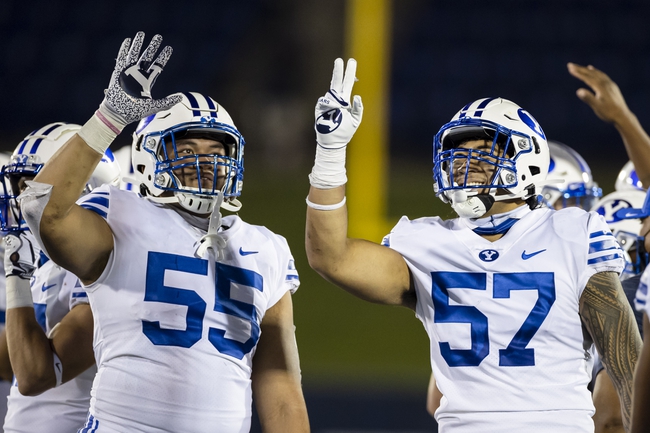 The Troy Trojans and BYU Cougars face off in a non-conference college football showdown at LaVell Edwards Stadium.This is the first meeting ever between these two teams.

The Troy Trojans first game was against Middle Tennessee State and it was clear it was a mismatch. Troy was tied 7-7 after the first quarter, but the second quarter Troy’s offense really took off scoring 19 points and when the game was finished they had won 47-14. Troy was led by quarterback Gunnar Watson who threw for 248 yards, two touchdowns, and one interception. The offense was more impressive, but even more impressive was the defense. Troy’s defense allowed the Blue Raiders to throw only 154 yards. In this game it’s going to be about the defense stepping up in a big way again.

On the other side of this matchup is the BYU Cougars who have played one game so far this year and it was an impressive one. BYU’s offense was elite in the first game against Navy putting up 55 points while only giving up three and that led to a victory. Quarterback Zach Wilson looks like the real deal putting up 232 yards, two touchdowns, and one interception. Tyler Allgeir has also been a star for the Cougars putting up 132 yards and two touchdowns. On defense they were facing a run-first team but they didn’t let Navy move the ball much. In this game, it’s going to be important again that they need they stop the run, but they also are going to be more tested in the secondary.

BYU looked impressive in their first game, but so did Troy and the Trojans are going to be competitive in this game. Look for Troy’s offense to find success and they will do enough to cover the number in this game. In terms of the total the over is the play. 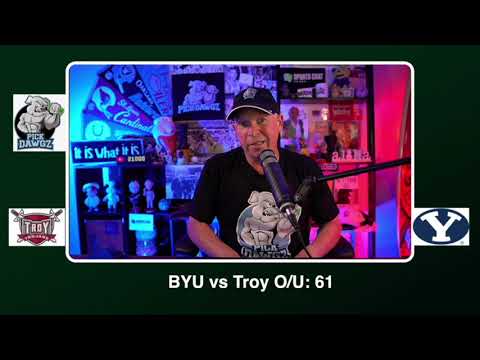