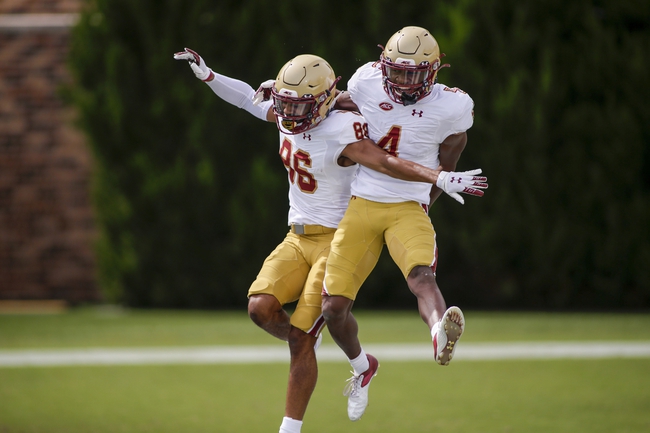 The Texas State Bobcats and Boston College Eagles face off on Saturday in a non conference showdown at BC Alumni Stadium. This is the first meeting ever between the two teams.

TheTexas State Bobcats have played three games already this year and they have gone 1-2 in such games. To start the season the Bobcats lost to SMU, and in the second game it was a loss to UTSA in overtime. In the last game, Texas State played against Louisiana Monroe and in that game they won 38-17. Quarterback Tyler Vitt had a game throwing for 256 yards and two touchdowns in the last game. On the ground, Vitt also had a big game on the ground rushing for 82 yards and another touchdown. There is no doubt this is a good Bobcats offense, but where they struggle is with the defense and they need to be better on that side of the ball.

On the other side of this matchup is Boston College Eagles who have played one game so far this year and they were impressive against the Duke Blue Devils. The Eagles weren’t all that impressive in the first half, but they scored 16 points in the third quarter and that was enough to come away with a 26-6 victory. Quarterback Phil Jurkovec looks like he is the real deal for this team and against Duke he threw for 300 yards, two touchdowns, and one interception. On defense Boston College looked really good and they finished with two interceptions.

The Bobcats defense isn’t good and they are going to get lit up in this game. Look for Boston College to run up the score against him, but Texas State will also score enough points to push this game over the total.