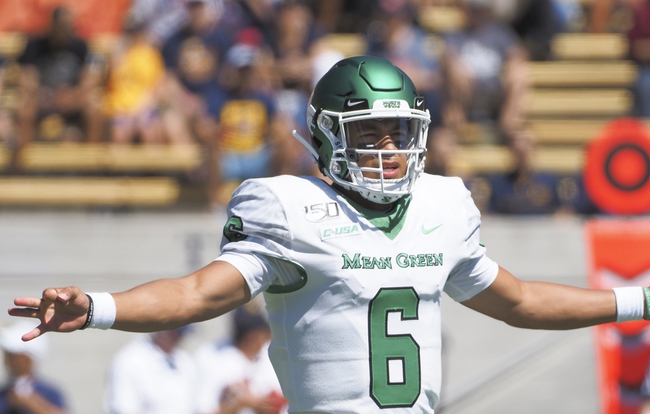 The North Texas Mean Green and Houston Cougars face off on Saturday in a college football showdown at TDECU Stadium.

The Houston Cougars have had terrible luck with COVID but they are set to kick off their 2020 campaign in this game. Houston doesn’t have D’Eriq King who moved onto Miami but they do have Clayton Tune back who had some growing pains last season but he did throw for 1,533 yards, 11 touchdowns, and nine interceptions. Houston also brings back a talented wide receiver corps and they are going to need a big game in this one from the offense. On defense, Houston is a young team, but they gave up far too many points last year and if they continue to do that this year, they are going to be in big trouble.

On the other side of this matchup is the North Texas Mean Green who have played two games so far and they currently sit with a 1-1 record. To start the season against Houston Baptist, North Texas ran up the score and won 57-31. In the second game North Texas faced off SMU and the defense really let them down giving up 65 points and that led to a 30 point loss. North Texas is led under center by Austin Aune who threw for 276 yards and two touchdowns in the last game. In this game if North Texas wants to win the defense needs to step up. It’s clear their offense is good, but they can’t keep getting into shootouts.

The Mean Green are a good offensive team, but their defense has let them down and that is going to happen again in this game. Look for both teams to run up the score and this game is going to go well over the total.