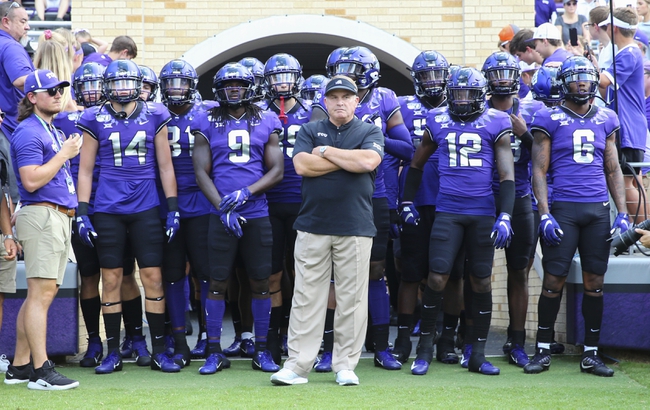 The Iowa State Cyclones and TCU Horned Frogs face off on Saturday in a Big 12 showdown at Amon G. Carter Stadium. Last season when these two teams faced off it was Iowa State who came away with a 49-24 victory.

The Iowa State Cyclones had a week off  and it was probably a good thing because they were embarrassed in their first game against Louisiana-Lafayette the Cyclones offense was terrible scoring only 14 points. Blake Purdy was only 16-35 throwing for 145 yards, zero touchdowns, and one interception. One of the only bright spots for the Cyclones has been Breece Hall who had 20 carries for 103 yards and a touchdown. On defense, the stats didn’t look that bad except for the total points giving up 31 points and that was the one that really mattered. In this game to win the offense is going to need to find a way to get going.

On the other side of this matchup is the TCU Horned Frogs who had their first game postponed from COVID but this is a big season for them and a game they need to win. Last season TCU finished with a 5-7 record and this season might not get any easier. Max Druggan was expected to be the starter this year but he is deadline with a health issue and won’t play this season. This season it appears that former walk-on Matthew Downing will get the start. There isn’t going to be any time for him to adjust and they need him to have a big game.

TCU is underdogs and Vegas has that one wrong. Downing is going to be a very good quarterback for TCU and Iowa State didn’t look good in their first game of the season. Look for TCU’s offense to have enough success to come away with a victory. This is a play on their money line. 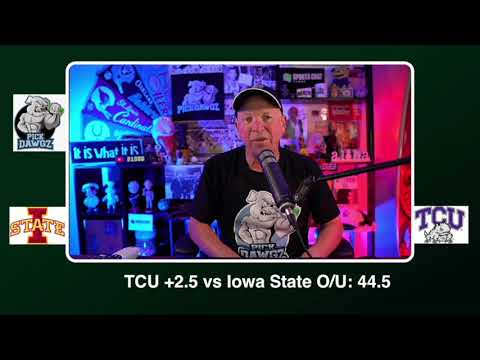