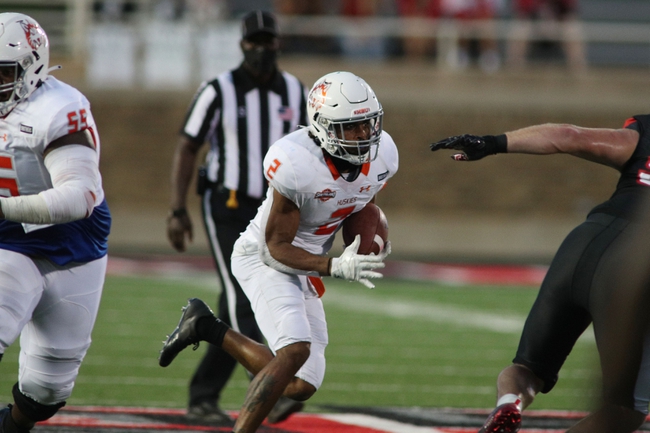 The Houston Baptist Huskies come into this game with two losses, but they did look in their last game against the Texas Tech Red Raiders. In that game against Texas Tech Red Raiders they gave everything they could but they ended up just short losing 35-33. Bailey Zappe looks like he is the real deal under center throwing for 567 yards and four touchdowns. The one concern for this team on offense is they aren’t a great running team, and in this game they might need to be a little more balanced. On defense they gave up 57 points to North Texas in the first game, and in the last game against the Red Raiders they gave up 35.

On the other side of this matchup is the LA Tech Bulldogs who used a last second touchdown in their last game against Southern Miss to come away with a victory. Against Southern Miss, LA Tech did struggle during the second and third quarters of that game, but they still did enough late to come away with a victory. The Bulldogs used two quarterbacks in the first game of the season but Luke Anthony was the better player putting up 149 yards and three touchdowns. On defense, it’s celar the Bulldogs do have some issues and against a good offense, that is going to need to get cleaned up or they could be upset in this one.

Check back later for updated trends.

These are two offenses who are good and that is going to lead to both teams running up the score in this game. Look for both teams to have no issue scoring and this game is going to go well over the posted total.