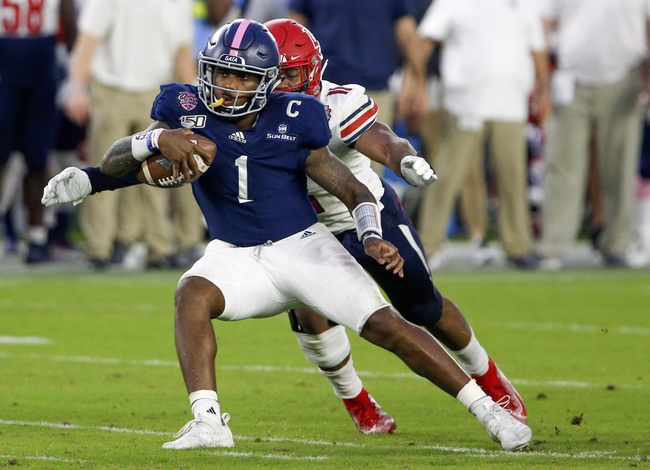 The Line: Louisiana-Lafayette -- Over/Under: Click Here for the Latest Odds

The Georgia Southern Eagles and the Louisiana Ragin’ Cajuns face off on Saturday at Cajun Field in Lafayette. One of these two squads will be suffering their first loss in this game.

Louisiana comes into this game with a perfect 2-0 record but the games couldn’t be any more opposite of eachother. The first game of the season the Ragin’ Cajuns beat Iowa State in a very dominant game. In the second game against Georgia State, Louisiana seemed to have a little too much confidence and a slow start almost did them in. The Ragin’ Cajuns did get back in the game with a big third quarter and in overtime they were able to win by three points. Quarterback Levi Lewis did throw two interceptions in the last game but he also threw for 279 yards and two touchdowns.

Georgia Southern had their second game of the season cancelled so they currently sit with only one game under their belt, a win against Campbell. The Eagles were missing a lot of players for their first game and they got out to a slow start. After the first quarter of that game, Campbell was down 13-3 but they used a comeback late, including 14 points in the 4th quarter to come away with a one point victory.The Eagles use the option attack and starting quarterback Shai Werts had a big game throwing for 53 yards and a touchdown, and also adding another 155 yards on the ground and a touchdown. On defense Georgia Southern was strong in the second half but they got out to a slow start and against a better offense, they need to play a more complete game.

The last week for the Ragin’ Cajuns was a wakeup call and they are going to be more focused coming into this game. Look for Louisiana to slow down Georgia Southern’s game on the ground and that will lead to the home squad winning the game and covering the spread. 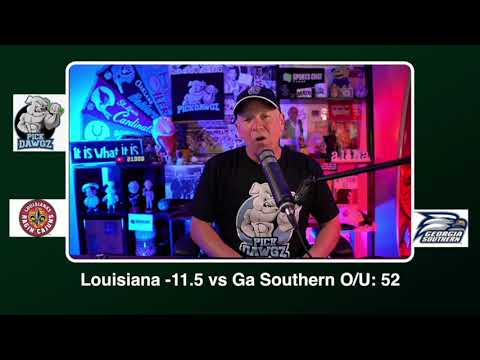