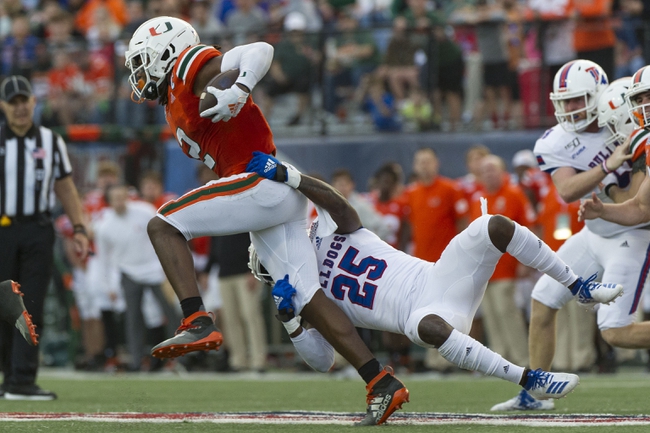 The Florida State Seminoles will travel to Hard Rock Stadium to take on the 12th ranked Miami Hurricanes this Saturday night in College Football action.

The 12th ranked Miami Hurricanes improved to 2-0 (1-0 ACC) on the season after defeating the 18th ranked Louisville Cardinals, 47-34, this past Saturday. Miami was impressive on the offensive end with two 75-yard TD plays and had no trouble closing out the game after taking a 37-20 lead late in the 3rd quarter. Miami was outgained by Louisville by a 516-485 margin, however, won the turnover battle by a 3-0 margin in the victory. Leading the way for the Hurricanes was QB D’Eriq King who completed 18 of 20 passes for 325 yards and 3 TD’s.

This is one of the better rivalry’s in all of College Football however, it’s going to be hard to side with a Florida State team that looked shaky offensively and have been without their head coach, Mike Norvell, who tested positive for COVID-19 and won’t be on the sidelines for this game. Miami has been great offensively this season and as I think they D’Eriq King & Cam’Ron Harris will do enough on the offensive end to get Miami to cover in this one. Good Luck!