FIU is set for its first game of the season on the road at Liberty. FIU had its first two games of the season postponed, but now the Golden Panthers are ready to go at Williams Stadium. FIU finished the 2019 regular season with a 6-6, and FIU qualified for a bowl game. In that bowl game, FIU lost to Arkansas State by the final score of 34-26. FIU will bring Kaylan Wiggins back from last season, and he looks to be the starting quarterback heading into the season for FIU. Wiggins was the backup for FIU last season, but now he is #1 on the depth chart. FIU will need to be a lot stronger on the defensive side of the ball if the team wants any kind of success in 2020. FIU has a very experienced defense heading into the season, with seven seniors looking to be starters on the defensive side.

Liberty took down Western Kentucky in its first game of the season last week. Liberty was 14-point underdogs in that game, but you would have never known watching it transpire. Liberty owned Western Kentucky the entire game, and the final score of 30-24 was very deceiving. Liberty will look to make it two in a row to start the season, and this will be Liberty's first home game of the season as well. Liberty was led by Malik Willis in both the passing and running game against WKU, as Willis was lethal for Liberty. Willis ran for over 165 yards with three touchdowns, as the offense ran through him in that game. Liberty's defense, for the most part, was strong against a dangerous Western Kentucky team. Liberty was not expected to do much this season with so many new faces on both sides of the ball, but after a very promising week three performance, you never know.

I am going to take the Liberty Flames to win this game by a touchdown at home. FIU will have to deal with a team that not only got a game under its belt last week but also is feeling very confident after a big road upset victory. Liberty and Hugh Freeze should be ready for this one, and I like their chances. 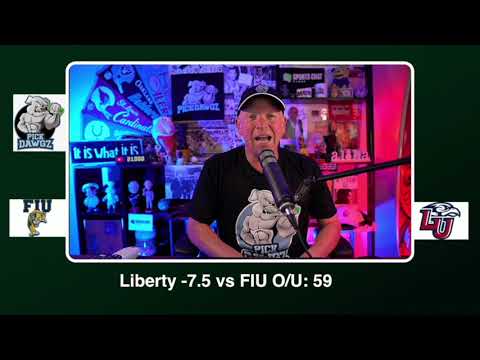