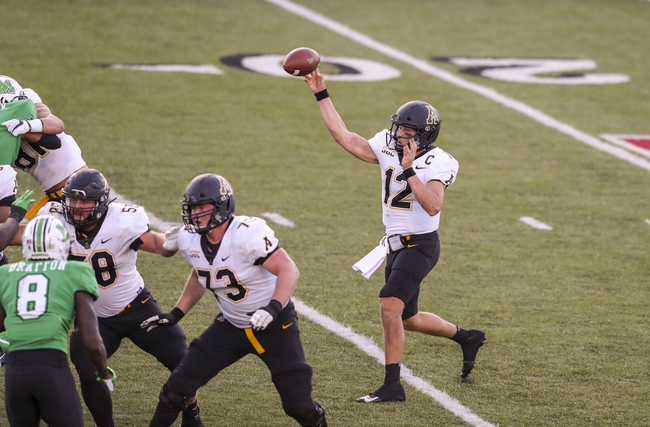 The Campbell Fighting Camels and Appalachian State Mountaineers face off in a non-conference showdown at Kidd Brewer Stadium on Saturday. The last time these two teams faced off was in 2018, a game that the Mountaineers won 66-0.

Campbell knew coming into this one that their schedule was going to be tough and it has proven to be exactly that. To start the season, Campbell almost beat Georgia Southern but fell just short, and in the last game against Coastal Carolina, the defense really let them down giving up 43 points and that led to the loss. Even though the defense has let them down this is a Campbell offense that has at least given them a chance. In the first game of the season, Hajj-Malik Williams threw for 237 yards and two touchdowns. In this game the Fighting Camels need to try and control the time of possession to take some of the pressure off the defense.

On the other side of this matchup is the Appalachian State Mountaineers who had high expectations coming into the season but they have to have a sour taste in their mouth after what happened in the last game. After starting the season with a win over Charlotte, the offense struggled against Marshall scoring only seven points and that led to the loss. Quarterback Zac Thomas did throw for 268 yards and a touchdown, but they had issues finding the end zone and led to the loss. The goal in this game for App State shouldn’t just be to win, it should be to dominate this game.

Check back later for updated trends for this game.

Campbell was competitive in their first game of the season and I am not all that impressed with what Appalachian State has done this season. Campbell might not do enough to come away with the victory, but they are going to cover the spread.