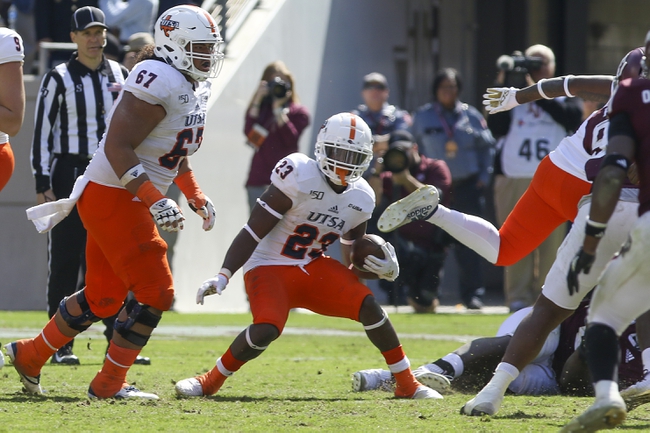 The Middle Tennessee Blue Raiders will travel to the Alamodome to take on the UTSA Roadrunners this Friday night in College Football action.

The Middle Tennessee Blue Raiders dropped to 0-2 (0-0 C-USA) on the season after being defeated by the Troy Trojans, 47-14, this past Saturday. Middle Tennessee was hoping for a strong bounce back effort after being shutout by Army in their season opener, 42-0, but had no answers for the Trojans, who cruised to victory in the 2nd half after going into halftime with a 26-7 lead. Middle Tennessee was outgained by a 496-241 margin and lost the turnover battle by a 3-2 margin in the loss. Leading the way for the Blue Raiders was WE Jarrin Pierce who has 11 receptions for 81 yards.

The UTSA Roadrunners improved to 2-0 (0-0 C-USA) on the season after defeating the Stephen F. Austin Lumberjacks, 24-10, this past Saturday. UTSA had no trouble piling up the yards against the Stephen F. Austin defense and put the game away after a Frank Harris 23-yard TD run gave the Roadrunners a double-digit lead with just 7:08 left in regulation. UTSA outgained Stephen F. Austin by a 498-344 margin and limited the Lumberjacks to just 15 first downs in the victory. Leading the way for the Roadrunners was QB Frank Harris who completed 23 of 36 passes for 269 yards, 1 TD, & 1 INT, while also gaining 104 yards & 2 TD’s on the ground.

Middle Tennessee looks like they could be in for a long season as the Blue Raiders cannot seem to get anything going in what is usually a decent passing game while also having major issues slowing down their opponents rushing attacks. UTSA can allow some points, however, has been solid agianst the run and I just do not see the Blue Raiders being able to slow down the duo of Frank Clark & Sincere McCormick. The line is about where I thought it was going to me as UTSA needs to cover by less than a TD, I think the Roadrunners are the pick here as I just can't behind a Middle Tennessee team that has shown nothing on either side of the ball so far this season. Good Luck! 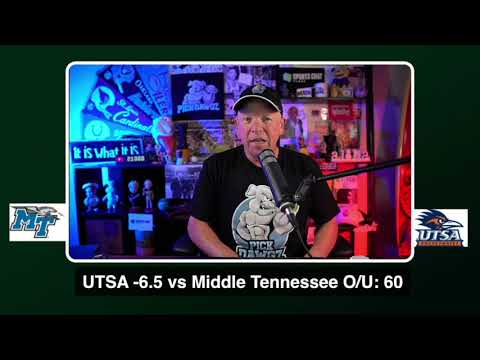