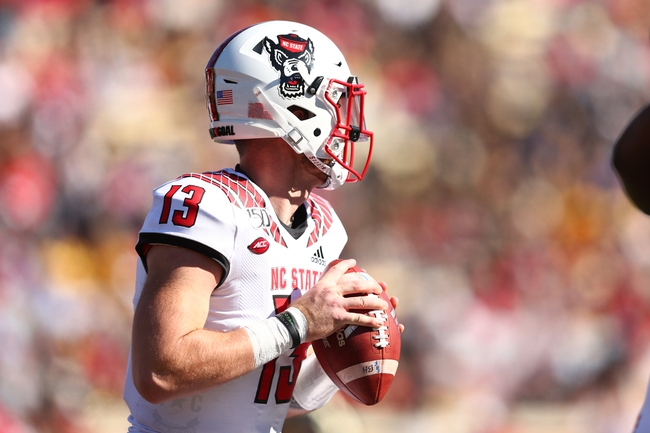 The Wake Forest Demon Deacons will travel to Carter-Finley Stadium to take on the NC State Wolfpack this Saturday night in College Football action.

The Wake Forest Demon Deacons opened their 2020 season on a losing note after being defeated by the top-ranked Clemson Tigers, 37-13, this past Saturday. Wake Forest did not put up much of a fight and had no chance in fighting back after Clemson went into halftime with a 37-13 halftime lead. Wake Forest was outgained by Clemson by a 561-330 margin and gained only 15 first downs in the loss.

Wake Forest finished last season averaging 31.9 ppg on 464.0 total yards per game (175.7 rushing yds/g; 288.3 passing yds/g). The Demon Deacons will have a tough time repeating their success on the offensive end this season as they no longer have QB Jamie Newman who transferred to Georgia and lost their best WR’s in Sage Surratt, Kendall Hinton, & Scotty Washington. Leading the way for the Wake Forest offense will be QB Sam Hartman who completed 11 of 21 passes for 182 yards agianst Clemson. Hartman’s main targets will  be Taylor Morin (9 rec, 93 yards, TD), Jaquarii Roberson (4 rec, 92 yards), and Donavon Greene (3 rec, 92 yards), Leading the way for the Wake Forest backfield this season will be Christian Beal-Smith (11 att, 29 yards) & Kenneth Walker III (6 att, 19 yards).

Defensively, Wake Forest held their opponents to an average of 29.1 ppg last season on 416.5 total yards per game (163.7 rushing yds/g; 252.77 passing yds/g). The Demon Deacons returned 9 starters on the defensive end and got solid games by Zion Keith & Luke Masterson who combined for 23 tackles against Clemson.

The NC State Wolfpack finished their 2019 season with a disappointing 4-8 overall record and really struggled in ACC play, finishing with a 1-7 record. NC State picked up a could decent wins early, and was 4-2 at one point, however, they had no answers for the tough part of their conference schedule and lost their last six games by an average of 24.5 ppg.

NC State struggled last season, but this was an incredibly young team on the offensive end of the ball that I think has no where to go but up. Wake Forest didn’t put up much of a fight on either end of the ball agianst the Clemson starters and this team is going to struggle this year, as it just doesn’t have the offensive firepower that we saw from them last year. I think this is going to be a close game, but as I expect an improved NC State team this season and for the fact that the home team has generally come out ahead ATS in their head to head matchups, I’m taking NC State with the points. 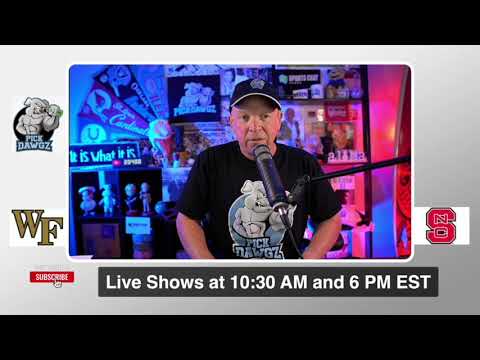