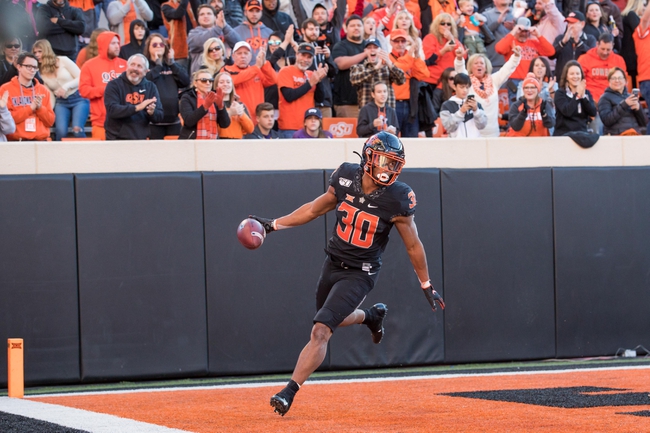 The Tulsa Golden Hurricane and Oklahoma State Cowboys face off in an all Oklahoma battle at Boone Pickens Stadium.

The Tulsa Golden Hurricane did find some big wins during the 2019 season, but overall there were some struggles as they only won four games. On offense Tulsa was led by quarterback Zack Smith who started his college at Baylor before transferring. Last season, Smith finished the year throwing for 3,300 yards and 19 touchdowns. Wide receiver Keylon Strokes is also back after catching 62 passes for 1,049 yards and six touchdowns.

On defense, Tulsa gave up 395 yards per game last season which isn’t terrible, but it seemed the games the defense was bad, it was really bad.Heading into this season there are a lot of question marks surrounding the secondary, and that is a big concern. Almost everyone that played in the secondary last season is gone.

The Oklahoma State Cowboys had a lot of distractions this offseason but they hope they can improve off their 8-5 record from a year ago. This is an offense first team, but with the way the defense played last year, when the offense doesn’t run up the score. The offense this year is going to be centered around running back Chuba Hubbard who should be one of the top running backs in the draft next year. Last season Hubbard rushed for 21 touchdowns. At quarterback the job appears to be going to Spencer Sanders, but he could have a short leash.

The Cowboys are known for their offense, but at times their defense is overlooked, and it looks like this will be a good squad on that side of the ball. This is a loaded linebackers corps, that should be a problem for opposing teams. In this game, Tulsa needs to take away the run first and try to stop the big play.

The Cowboys are the better team, but Tulsa has the offense to keep it close enough. Even though they might not end up with a cover of the spread, they will push this game over the posted total. 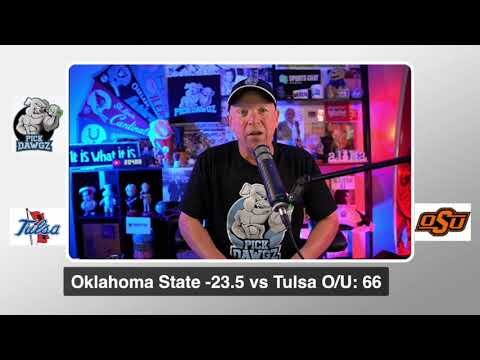