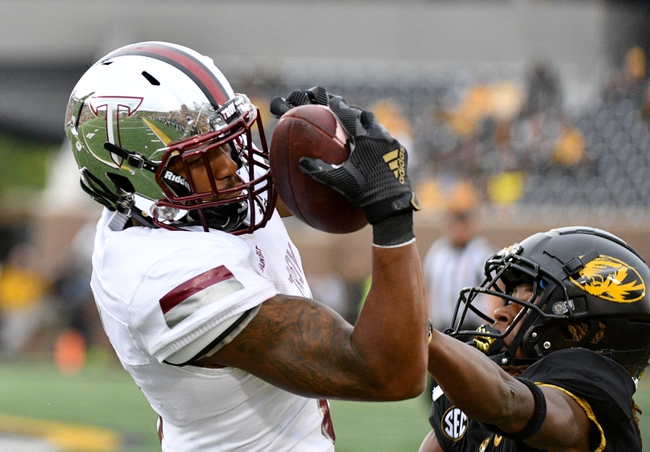 The Troy Trojans will travel to Johnny “Red” Floyd Stadium to take on the Middle Tennessee Blue Raiders this Saturday afternoon in College Football action.

The Troy Trojans come into their season looking to improve on last year’s 5-7 (3-5 Sun Belt) overall record. Tory had great success offensively agianst the weaker teams in the Sun Belt, but still showed that they are a class below Sun Belt heavyweights, Louisiana & Appalachian State, who beat the Trojans by a combined score of 101-16 over their final two games of last season.

Defensively, Troy allowed their opponents to average 34.8 ppg on 434.2 total yards per game (157.8 rushing yds/game; 276.3 passing yds/game). Leading the way for the defense this year will be LB Carlton Martial & DT Will Choloh.

The Middle Tennessee Blue Raiders had no answers for Army in their season opener on September 5th and dropped to 0-1 (0-0 C-USA) on the season after being defeated by the Black Knights by a 42-0 margin. Middle Tennessee was outgained by the Army by a 368-184 margin and lost the turnover battle by a 4-0 margin in the loss.

Offensively, Middle Tennessee averaged 26.3 ppg on 408.3 total yards per game (171.9 rushing yds/g; 236.4 passing yds/g). The Blue Raiders is a team that wants to rush the ball, however, they could not get anything going on the ground agianst Army as they finished the game with just 75 rushing yards on 24 carries. Leading the way for the Blue Raiders was QB Asher O’Hara who completed 9 of 14 passes for 46 yards while also picking up 18 yards on the ground. O’Hara is more of a run-first QB, however, Chase Cunningham looked decent when he was in the game as he completed 7 of 10 passes for 63 yards. Chaton Mobley led the Blue Raiders backfield, rushing for 27 yards on 5 carries while Jarrin Pierce was the main target in the passing game, finishing the contest with 4 receptions and 33 yards.

Defensively, Middle Tennessee allowed 29.9 ppg last season on 459.3 total yards per game (194.0 rushing yds/g; 265.3 passing yds/g). Middle Tennessee had no answers for the Army rushing attack, which piled up 340 yards on the ground and was led by Cedrick Cunningham who had 7 tackles and a sack.

Middle Tennessee looked remarkably similar to the team that finished 4-8 last season in which they were dominated by time of possession and had no answers on the offensive end and although he level of competition will be a lot easier this upcoming week, I just don’t think I can trust the Blue Raiders right now. Troy’s offense should still be solid despite having a new QB under center this season and I think they will do enough to cover this small spread. Good Luck! 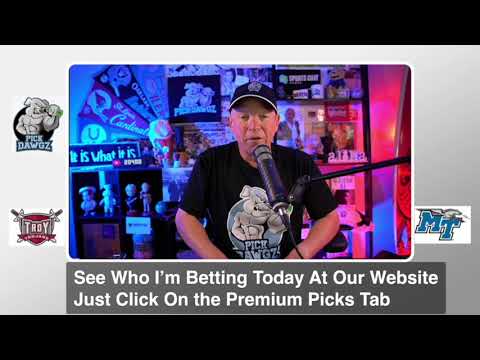