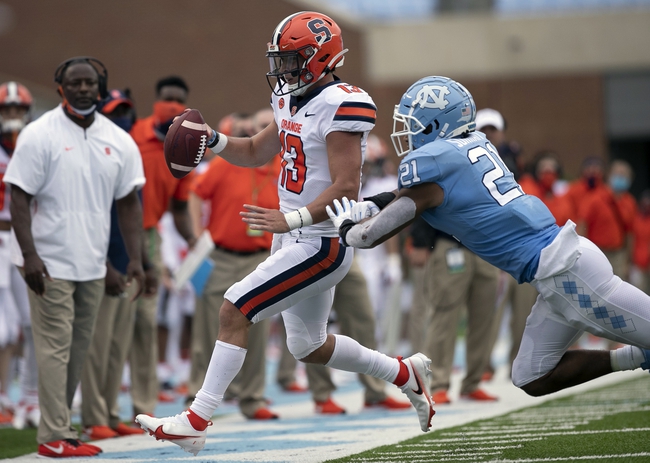 Syracuse was strong in the first half of its game against North Carolina in week two of the college football season; but everything changed when the second half whistle -- electronic whistle that is -- blew. Syracuse lost the second half by the score of 24-3, as the team dropped its first game of the season by the final score of 31-6. Syracuse could not get anything going on offense, and quarterback Tommy DeVito really struggled. DeVito's final line was 13-31 for 112 yards, as his 2020 campaign has gotten off to a miserable start. Syracuse's leading rusher was also DeVito, who ran the ball 16 times for 30 yards. Syracuse only had 202 total yards in the loss, as it was an ugly sight to see for the Orange. Syracuse's defense held up well for a majority of the game, as the team even forced three turnovers on North Carolina. Syracuse will need a much more complete performance against Pitt in week three. 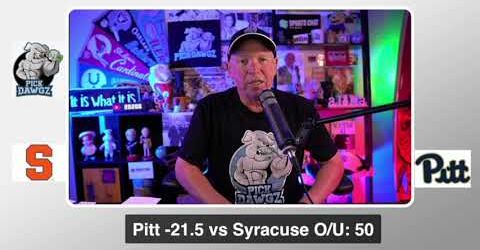 Pittsburgh was able to take on an FCS opponent in week one of its season, as Pitt and Austin Peay battled it out on September 12th. This game was over before it started, as Pittsburgh rolled through Austin Peay by the final score of 55-0. Pittsburgh was up 42-0 at the half, as it was all Pittsburgh from start to finish. Pittsburgh's Kenny Pickett threw 14-20 for 277 yards and three touchdowns in the win, as he looked very comfortable throughout the game. Pittsburgh will take the win, but the team knows that Syracuse will provide much more competition in week two action. Syracuse and Pittsburgh have had some very entertaining games in ACC action these past few years, and Saturday's week two contest should not disappoint either.