The SMU Mustangs will travel to Apogee Stadium to take on the North Texas Mean Green this Saturday night in College Football action.

The SMU Mustangs (1-0; 0-0 AAC) opened of their 2020 season with a victory after defeating the Texas State Bobcats, 31-24, on September 5th. SMU allowed Texas State to hang around for the majority of the game, however, the Mustangs pulled away late after a 32-yard FG by Chris Naggar gave SMU a 31-21 lead with just 2:20 left in regulation. SMU outgained Texas State by a 544-416 margin in the victory, however, did lose the turnover battle by a 3-2 margin.

Defensively, SMU is coming off a 2019 season in which they allowed their opponents to average 33.4 ppg on 445.0 total yards per game (156.4 rushing yds/game; 288.6 passing yds/g). SMU did not look that much approved on the defensive end agianst the Bobcats and were led by Richard McBryde and Chevin Calloway who had 7 tackles each.

The North Texas Mean Green (1-0; 0-0 C-USA) kicked off their 2020 season with a solid 57-31 victory over the FCS Houston Baptist Huskies on September 5th. North Texas had no trouble putting points up on the board agianst the Huskies and pulled away after 21 unanswered points in the 3rd quarter gave North Texas a 43-10 lead. North Texas outgained Houston Baptist by a 721-569 margin and had 33 first downs in the victory.

Defensively, North Texas allowed opponents to average 32.5 ppg on 410.9 total yards per game (188.6 rushing yds/game; 222.33 passing yds/game last season and can’t be encouraged by the current status of their defense after allowing Houston Baptist to gain over 550 yards of offense against them. Leading the way for the Mean Green defense in their victory was KD Davis who had 9 tackles and a sack.

SMU looked a bit sluggish in their opener against Texas State, but I think the offense is going to have no problems putting up points against a weak North Texas defense. North Texas will put up a few points in this one, as I expect SMU to put up 40-50 points against the Mean Green defense, I think SMU will cover this spread. Good Luck. 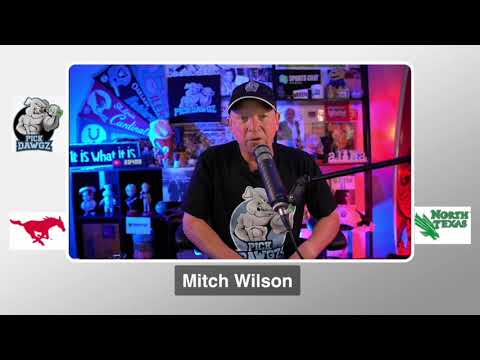