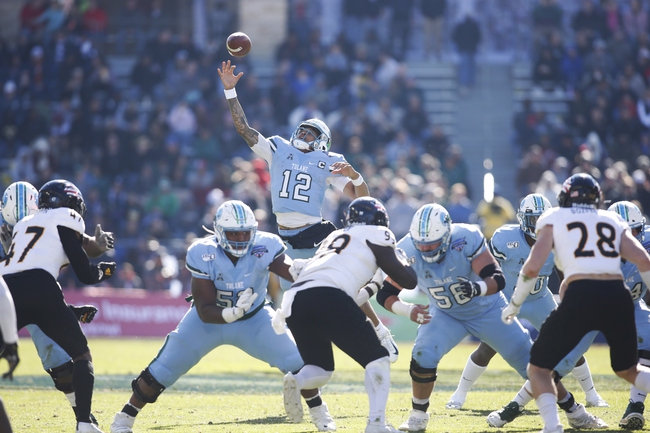 Navy and Tulane each have a game under their belts this season. Navy is coming off a 55-3 loss to BYU on September 7th. Navy was only 1.5 point underdogs in that game, but the BYU absolutely stomped them right from the starting kickoff. Navy could not get anything going on offense, especially in the passing game. Navy has always been a rush-heavy school, but to only throw for 16 yards on 2-4 passing is rough. Navy only had a total of 149 yards in the entire game, and the defense allowed 580 total yards to BYU.  Navy will have to put that game behind them, as there is still a long season ahead of the team. Navy will head on the road for the first time this season at Tulane. 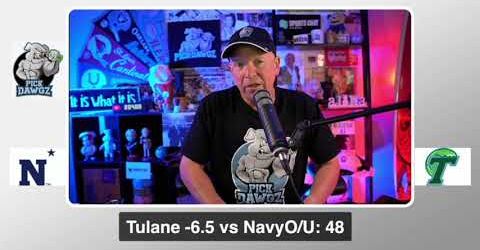 Tulane was able to defeat South Alabama by the final score of 27-24 on September 12th. Tulane trailed 14-6 at halftime of that game, but the team was able to bounce back in the second half. Cameron Carroll had two rushing touchdowns in the game for Tulane, but he was not the team's leading rusher. That feat belonged to Tyjae Spears, who ran for 106 yards on 11 carries in the win for Tulane. Tulane will have to be a lot sharper on defense against Navy, as in the win over South Alabama, Tulane allowed a total of 401 yards. Tulane was strong against the run in the win, which may prove to be useful against such a run-heavy offense of Navy. Tulane certainly has the advantage when it comes to offensive efficiency, as the team should be able to run and pass the ball well against Navy.

The line has not yet been released for this game, so be sure to check back soon for updates regarding the odds. I like Tulane to win its home opener in a big way. Tulane has a much stronger offense, and I thought Tulane's rush defense was solid against South Alabama. If Navy cannot run the ball, this game could end up like the BYU-Navy game in week one. I will take Tulane to win this game by at least two touchdowns, but I would not be surprised if they earned a 20-point victory.

UPDATE: Tulane opens as the eight-point favorites, so I will take them against the spread.