The Line: Louisville -1 -- Over/Under: Click Here for the Latest Odds

The Miami Hurricanes and Louisville Cardinals face off on Saturday in an ACC showdown at Papa John’s Cardinal Stadium.

MIami has one game under their belt and they were able to come away with a victory over UAB in their first game of the season.Miami didn’t look all that impressive in the first half of the season, but in the seoc half they played a lot better including scoring 17 points in the 3rd quarter and that led to a victory. The big addition this offseason was D’Eriq King, the former Houston standout who is now under center for the Hurricanes. In the first game King ran for 141 yards and a touchdown. King also had a lot of success on the ground rushing 12 times for 83 yards and a touchdown. On defense, Miami gave up only 14 points, but they could have been better and in this game, they are going to have to be if they want to come away with the victory.

On the other side of this matchup is the Louisville Cardinals who also could have been more impressive in the first game, but they did come away with a victory, and that’s all that matters. Against the Western Kentucky Hilltoppers, Louisville scored 21 points in the 2nd quarter which paced them as they were able to win 35-21. Louisville was led at quarterback by Malik Cunninghm who threw for 343 yards, three touchdowns, and one interception. On defense, Louisville only gave up 129 yards through the air, but they are going to have a much tougher assignment in this game.

The Cardinals are the favorite in this game but the more talented team is Miami. Look for King to have a big game for Miami, and Louisville will have no answer. This game shouldn’t be all that close with Miami coming away with a victory and covering the spread. 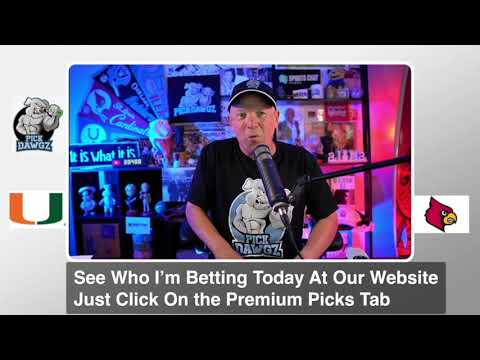