The Boston College Eagles and Duke Blue Devils face off in an ACC showdown at Wallace Wade Stadium.

The Boston College Eagles made some changes this offseason and the hope is the changes will take this team to the next level. Jeff Hafley is the man in charge of Boston College now, and he brings a defense first style. The biggest win this offseason though for Boston College was the NCAA allowing a waiver for quarterback Phil Jurkovec who came from Notre Dame. Jurkovec is a pass first quarterback with a big arm, but he can also use his legs as a weapon. The strength of this team is also the offensive that should protect Jurkovec, and open up running lanes for the running game. On defense, Boston College really struggled, allowing more than 6,200 yards last season.

On the other side of this matchup is Duke who have already played one game this season and although they were competitive they were able to come away with a victory. The Blue Devils first game of the season came against the Notre Dame FIghting Irish and they were actually winning 3-0 after the first quarter. The offense couldn’t really get anything going through the rest of the game and that led to a 27-13 defeat. Former Clemson Tigers quarterback Chase Brice did look pretty good for Duke putting up 259 yards but he wasn’t able to find the end zone. Duke also didn’t get a whole lot going on the ground rushing for less than 100 yards. Duke’s defense wasn’t terrible considering they were playing Notre Dame, but the ten points given up in the 4th quarter, did hurt them.

Duke was competitive in the last game and they are going to find more success with the offense in this game. Back Duke to cover the spread. If you are looking for a play on the total the under is the play. 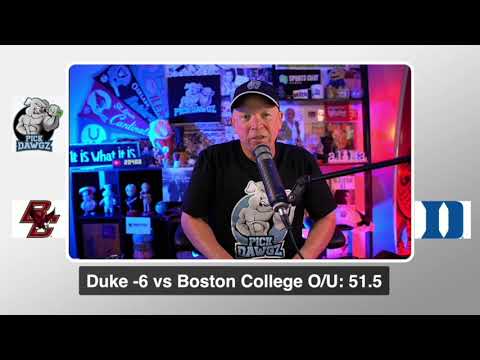