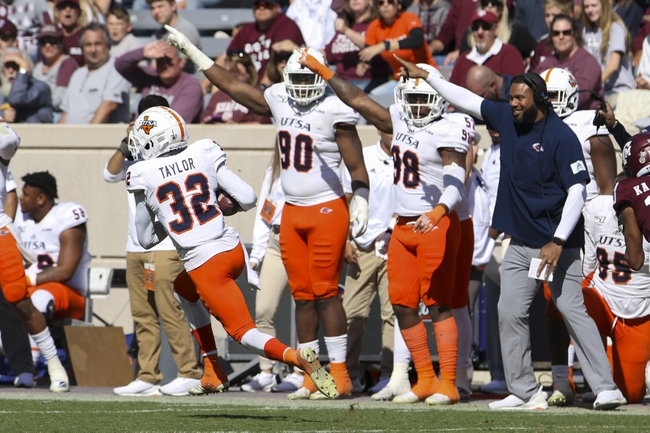 UTSA and Texas State will meet for the second time in three years in week two of the 2020 college football season.

UTSA did not have a successful season in 2019, as the team could not find any rhythm on either side of the ball. UTSA finished the year with a poor 4-8 record overall, and one of those wins came against the FCS Incarnate Word. UTSA played three different quarterbacks through the 2019 season, and all three players will be available this season as well. Frank Harris looks to be the starting quarterback heading into this game with Texas State, but as we saw last year, things can change drastically. Sincere McCormick returns in the backfield for UTSA. McCormick rushed for 983 yards in 2019, and he also punched in eight rushing touchdowns.

The Texas State Bobcats played a tightly contested game in week one of their season against SMU on September 5th. Texas State was 24 point underdogs heading into the game, but the team managed to only lose by the final score of 31-24. The game was tied at 14-14 at halftime, as Texas State was able to go back and forth with SMU for a large part of the contest. Brady McBride threw two touchdown passes, as well as 227 yards and an interception in the game. Calvin Hill hit the century mark in rushing yards exactly, as he earned 100 yards on 13 carries in the loss. Texas State looked sharp on both sides of the ball against a really tough SMU team. The most interesting part was the fact that Texas State was missing a lot of significant pieces on both sides of the ball due to COVID-19.

I really like Texas State to win this game by at least a touchdown, as the team has a huge advantage by getting a game against a very formidable opponent under its belts. I do not think UTSA has changed enough to be competitive this year, and I think Texas State gets the job done at home. 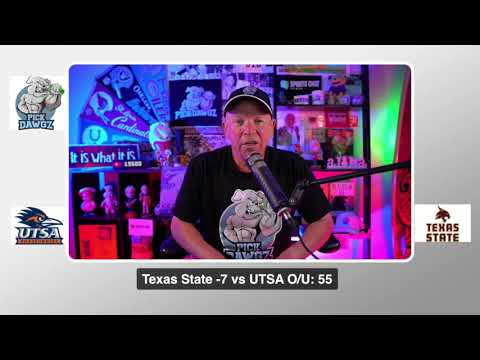