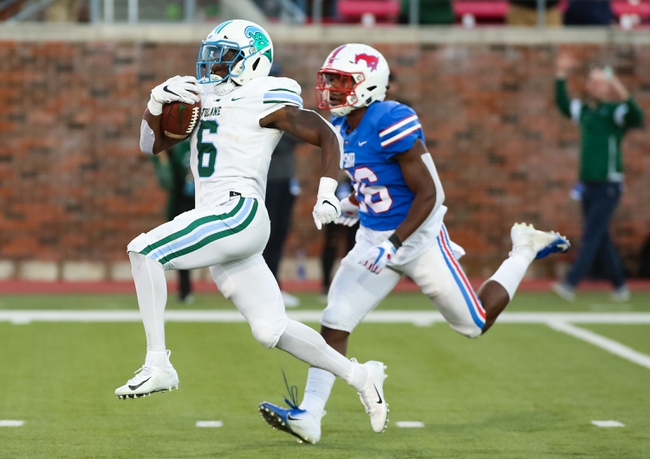 The Tulane Green Wave will travel to Hancock Whitney Stadium to take on the South Alabama Jaguars this Saturday in College Football Action.

The Tulane Green Wave finished their 2019 season with an overall record of 7-6 while finishing with a 3-5 conference record in the AAC Conference. Tulane started the season off strong, going 5-1 in their first six game with solid wins agianst Houston & Army, however, struggled in defensively in conference play and finished their regular season, losing 5 of their last 6 games. Tulane did get an invite to the Lockheed Martin Armed Forces Bowl and finished their season on a high note after defeating the Southern Mississippi Golden Eagles, 30-13.

Offensively, Tulane averaged 33.1 ppg game last season while averaging 449.3 total yards per game. Tulane ranked 22nd in the nation lats season in total offense using a spread offense that led to success, both on the ground (243.2 rushing yds/game) and through the air (206.1 passing yds/game). Tulane will have to replace their top offensive player last season in QB Justin McMillan who also led the team in rushing and as of right now, it looks like the offense will be in the hands of Keon Howard. Corey Dauphine, who had 599 rushing yards & 7TD’s last season will play a major role in the Tulane rushing attack and they will look for RB Amare Jones to take on a larger role in both the running & passing games.

Defensively, Tulane allowed their opponents to average 26.3 ppg on 377.0 total yards per game (156.3 rushing yds/game; 220.7 passing yds/game). The defense lost one of it’s best players in Lawrence Graham, however, it still has a lot of experience on it and should get a healthy Patrick Johnson this season who could give opposing offensive lines a bunch of trouble off the edge.

The Southern Alabama Jaguars opened their season on a great note, picking up their first road victory in almost three years after defeating the Southern Mississippi Golden Eagles, 32-21, on September 3rd. Southern Alabama came out strong after a 73-yard TD pass to Jalen Tolbert gave the Jaguars an early 7-0 lead and the Jaguars were able to pull away after an early TD in the 4th quarter gave Southern Alabama a 29-13 lead with 10:20 left in regulation.

Southern Alabama outgained Southern Mississippi by a 526-409 margin and was outstanding through the air, piling up 363 passing yds & TD’s. Leading the way for the Jaguars was QB Desmond Trotter who completed 16 of 27 passes for 299 yards, 2 TD’s, & 2 INT. Jalen Tolbert (6 rec, 169 yards, 2 TD) & Jalen Wayne (6 rec, 101 yards) were the main targets in the Jaguars passing attack. In the backfield, Carlos Davis was effective, picking up 85 yards on 15 carries.

The Jaguars must be happy with their defensive performance, holding the Golden Eagles to just 21 points after allowing their opponents to average 30.7 ppg last season. The defense got huge games by Nick Mobley (15 tackles), Keith Gallmon (12 tackles), and Riley Cole (12 tackles).

Southern Alabama is going to be coming into this game with a ton of confidence, however, this is still a team that averaged just 18.4 ppg last season and I’m not sure that the Jaguars will be able to repeat their success in regards of getting three TD’s on plays of 30+ yards. Tulane will have some question marks on the offense end as they no longer have Justin McMillan, however, this is an offense that still has many weapons that should give the Jaguars trouble. Tulane’s defense did a good job last season preventing big plays and as I think the Green Wave will have success on the ground agianst the Jaguars, I’m taking the Green Wave to cover this double digit spread. 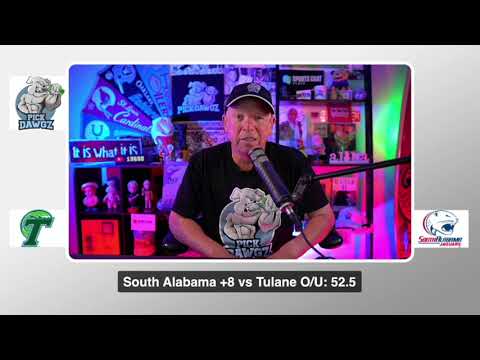