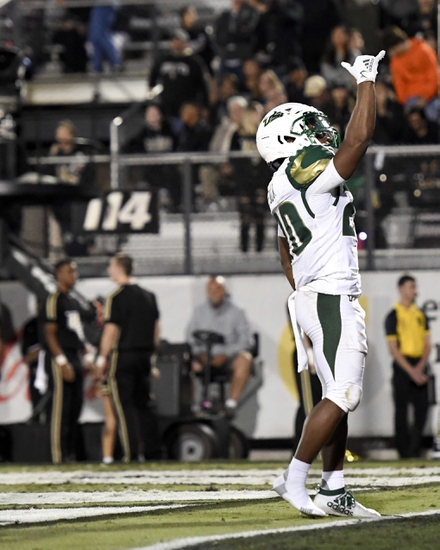 The Line: USF -- Over/Under: Click Here for the Latest Odds

The Citadel Bulldogs and South Florida Bulls face off in a nonconference showdown on Saturday at Raymond James Stadium. These two teams have played three games before with the Bulldogs winning one of those games.

The Citadel Bulldogs circumstances this season are a bit odd because of COVID. The Citadel plays in the Southern Conference which has postponed their season until the spring, but they are allowed to play non-conference games this fall. The Bulldogs will also play Clemson and Eastern Kentucky this fall. The Bulldogs finished last season with a 6-6 record and in conference play they went 4-4. The Bulldogs were a good offensive team last season, but when they struggled it was usually the defense that was letting them down.

The good news for the Bulldogs is their starting quarterback Brandon Rainey is back after throwing for 1,114 yards and 13 touchdowns. The Citadel are a run first team and last season they had four different players who rushed for at least 400 yards.

The 2019 season was disappointing for the Bulls but they have brought in Jeff Scott to lead the team after being the co-offensive coordinator for the Clemson Tigers.

The first big question that Scott needs to figure out first is who they want to have starting at quarterback. Last season the quarterback was Jordan McCloud, but it’s not a guarantee he is going to get the job this year, and it wouldn’t be shocking if a few quarterbacks play in this game. Noah Johnson, Jordan Smith and Katravis Marsh are the other quarterbacks on the roster. The offensive line was also an issue last season for South Florida.

On defense, the Bulls also had some issues but this is a very strong corps of linebackers that are going to be leaned on heavily. In this game, South Florida needs to get some good play from the defensive line and stop the run.

The Bulls are the better team but there were a lot of changes this offseason and that is going to hurt them in this game. Look for The Citadel to find enough offense to keep this game close and cover the spread, even though South Florida will come away with a win.