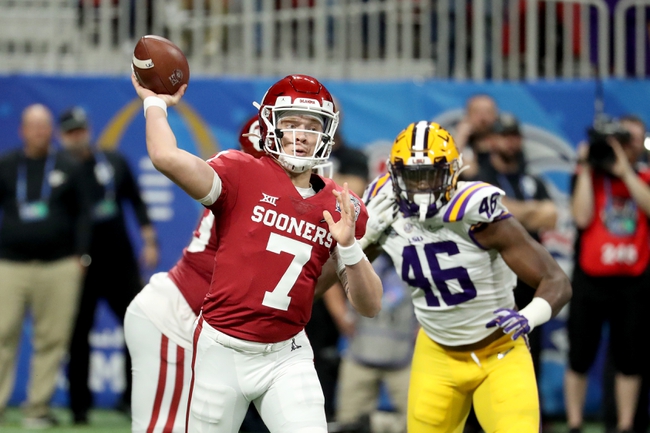 The Missouri State Bears will travel to Memorial Stadium to take on the 5th ranked Oklahoma Sooners this Saturday night in College Football action.

Offensively, Missouri State averaged just 15.5 ppg on 284.2 total yards per game. Missouri State averaged a respectable 210.1 passing yards/game, but a lot of this was due to the fact that the Bears often trailed and needed to throw the ball to have any chance to fight back into games. The Bears will have to replace QB Peyton Huslig and it will be interesting to see if they go with junior Dalton Hill or one of the incoming freshmen on the roster. Missouri State do return their top two rushers in Myron Mason & Jeremiah Wilson, however, the Bears will need better production from their backfield after averaging just 74.1 rushing yds/game last season.

The 5th ranked Oklahoma Sooners finished last season with an impressive 12-2 record, making it to the College Football Playoffs, however, the Sooners season still ended in disappointment as they had no answers in the CFP Semifinals against the LSU Tigers, losing to the eventual champions by a 63-28 margin.

Oklahoma was once again one of the best offensive teams in the country, as the Sooners finished the season averaging 42.1 ppg on 537.6 total yards per game (297.43 passing, 240.2 rushing yds/game). Head Coach Lincoln Riley will hand over the offense to Spencer Rattler who has all the makings for the next great Oklahoma QB. Rattler will have some incredibly talented weapons at the receiver position that include Charleston Rambo, Jadon Haselwood, Trejan Bridges, and Theo Howard. Rattler will not have all those weapons early in the season as Haselwood & Howard are recovering from injury while Bridges is currently suspended. The running game has some question marks coming into this season as Oklahoma will no longer have either Kennedy Brooks or Trey Sermon and will have to depend on some inexperience members in the back field after losing Rhamondre Stevenson for the first couple games of the season due to a suspension.

Defensively, Oklahoma made great improvements last season under Alex Grinch and we should continue to see improvement from a Sooners team that allowing opponents to average 27.3 ppg on 356.4 total yards per game. Oklahoma lost LB Kenneth Murray but will have the majority of their defense returning this season led by safety Delarrin Turner-Yell.

Oklahoma has some question marks coming into the season as they will be missing many talented players due to injuries/suspensions, however, the Sooners should still have no trouble taking care of business against a Missouri State team that is just starting a rebuilding process under Bobby Petrino. This line has yet to be released, however, this should be an absolute blowout for the Sooners. Check back later for my official pick once the line is released.