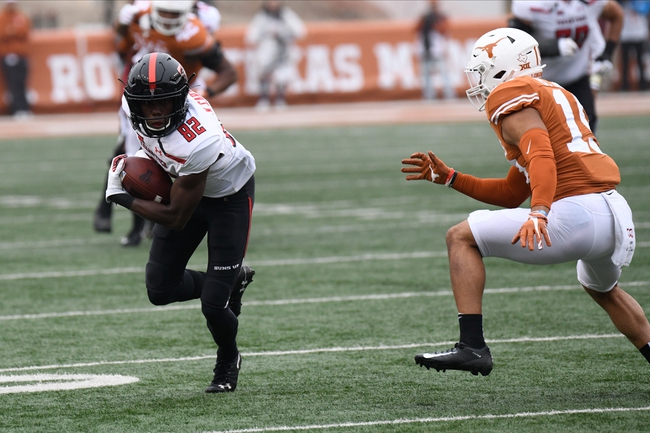 The Houston Baptist Huskies and texas Tech Red Raiders.face off in a non-conference showdown on Sunday at Jones AT&T Stadium.

Coming into this season there weren’t many expectations surrounding this Houston Baptist Huskies team and they showed exactly why in the first game of the season against the North Texas Mean Green. The offense was fine for HBU putting up 31 points, but the defense really struggled letting them down giving up 57 points. North Texas was up 14-0 after the first inning and there really wasn’t much turning it around after that.

On offense the Huskies actually found some success putting up 31 points and they were led by Bailey Zappe who threw for 480 yards, three touchdowns, and zero interceptions. As good as the passing game was in the first game, the rushing game couldn’t find a whole lot of success and they need to be more balanced this season.

The Texas Tech Red Raiders will have Matt Wells in charge for a second season and the hope is he can help improve on the 4-8 record the team finished with last year. On offense, this is a team that has the potential to be very good, but it seems to be the big question mark about if that will happen. Alan Bowman looks to be the most complete quarterback, but injuries have been a big issue for him. Maverick McIvor could also be an option but he missed all of last season because of an injury. Texas Tech needs ot start airing the ball out a little more.

The Red Raiders haven’t been a strong defensive team the last decade and last year wasn’t any different as they gave up 30 points per game. Texas Tech can’t overlook this Huskies team or they could be defeated in this game.

Houston Baptist proved in the first game they can’ score points, but they don’t have a whole lot of interest in playing defense and that will be the case again in this one. Look for both teams to run up the score and for this game to go well over the posted total.