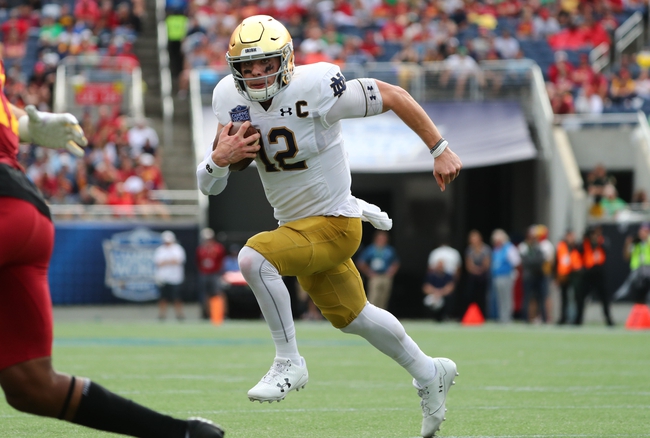 The Duke Blue Devils and Notre Dame Fighting Irish face off on Saturday in South Bend at Notre Dame Stadium.

The Notre Dame Fighting Irish won 11 games during the 2019 season, but it didn’t feel like the season was all that successful. There were some questions about the head coach position, but Brian Kelly is back for another year in charge. Last season the Fighting Irish offense was good averaging 37 points per game, but they padded the stats against some bad teams. Under center this season for Notre Dame will be Ian Book who is back with the team after throwing for 3,034 yards, 34 touchdowns, and six interceptions. Jafar Armstrong should be the best guy in the backfield but he dealt with injuries and they need him for the full season.

Notre Dame’s defense was strong last season giving up only 18 points per game, and even though they lost some players to the draft, this is still a strong team. Leading tackler Jeremiah Owusu-Koramoah is back and they are going to need to lean on him if they want to win this game, and shut down Duke’s offense.

On defense the stats might not be standout for Duke, but they did well, especially with how much pressure the team had on them with the offense not having a whole lot of success.The Blue Devils have a good secondary, as long as they stay healthy because they don’t have a whole lot of depth.

Brice is a game-changer for this Blue Devils squad, and although he might not be enough to lead the team to a win, he is going to find a way to keep this game close and this feels like a game where they could actually pull off the upset outright. 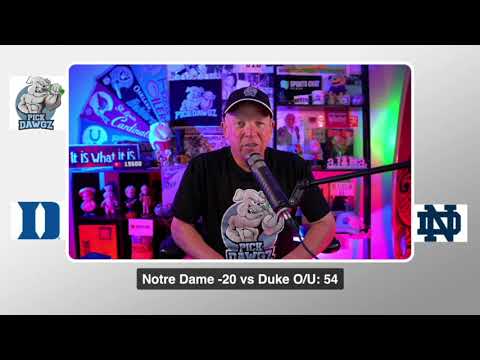