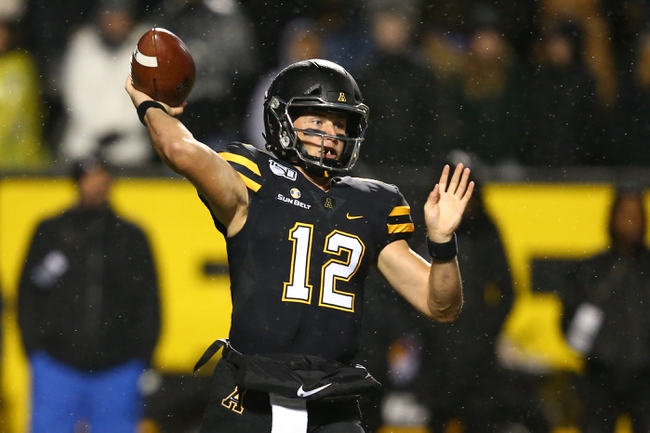 The Charlotte 49ers will travel to Kidd Brewer Stadium to take on the Appalachian State Mountaineers this Saturday afternoon in College Football action.

The Charlotte 49ers had their best season since joining the FBS last year, finishing with an overall record of 7-6 which included a 5-3 C-USA conference record. Charlotte earned a trip to a Bowl game since joining the FBS in 2015, however, could not get the victory after losing to the Buffalo Bulls, 31-9, in the Makers Wanted Bahamas Bowl.

Offensively, Charlotte averaged 29.9 ppg on 414.5 total yards per game. The 49ers had a balanced attack as the passing game averaged 211.5 passing yds/game while the rushing attack averaged 203.0 rushing yds/game. The offense has made great strides over the past few years, however, the 49ers did lose their OC, Alex Atkins, and will have to replace their leading rusher, Benny LeMay who had 1117 yards & 9 TD’s last season. Charlotte is hoping that Tre Harbison, a transfer from Northern Illinois, can make an immediate impact and keep the 49ers as one of the best rushing offenses in C-USA. The 49ers do get back QB Chris Reynolds (62.2 Comp%, 2,564 yards, 22 TD) and all their top receivers, led by Victor Tucker.

Defensively, Charlotte allowed their opponents to average 32.4 ppg on 380.9 total yards per game (191.9 rushing yds/game; 189.0 passing yds/game). Charlotte will get DE Tyriq Harris back who will help replace Alex Highsmith and will be led by safety Ben DeLuca.

The Appalachian State Mountaineers continue to be one of the better mid-major programs in College Football and is coming off another outstanding season, finishing with a 13-1 (7-1 Sun Belt) record. Appalachian State finished their season on a strong note as the Mountaineers defeated the UAB Blazers by a 31-17 margin in the R&L Carriers New Orleans Bowl.

Offensively, Appalachian State averaged 38.8 ppg on 433.1 total yards per game. Appalachian State was led by an outstanding rushing attack that finished the season averaging 231.4 rushing yards/game while scoring 35 TD’s. Appalachian State will no longer have Darrynton Evans in the backfield who gained had 1,562 rushing yards and 18 TD’s, however, they will still have Marcus Williams Jr. & Daetrich Harrington who combined for about 1,000 yards and 7 TD’s last season. Appalachian State does return QB Zac Thomas who completed 62.7% of his passes for 2,718 yards and 28 TD’s. Thomas will have familiar faces in the receiving group as Thomas Hennigan, Corey Sutton, and Henry Pearson all return.

Defensively, Appalachian State held their opponents to an average of 20.0 ppg on 336.1 total yards per game (129.4 rushing yds/game; 206.7 passing yds/game). The defensive lost a lot of talent from last year’s team and will have to heavily rely on CB Shaun Jolly & LB D’Marco Jackson.

Appalachian State defeated Charlotte last season by a 56-41 margin behind a huge effort on the ground by Darrynton Evans who had 234 yards and 3 TD. Charlotte has made some great progress over the last few years, however, I have serious question marks whether they can continue having success on the offensive end after losing their offensive coordinator and leading rusher. Appalachian State is not as strong on the defensive end, however, their offense still should be pretty explosive and although this is a large spread, I think the Mountaineers pull away for the 49ers in the 2nd half and cover this large spread. Good Luck! 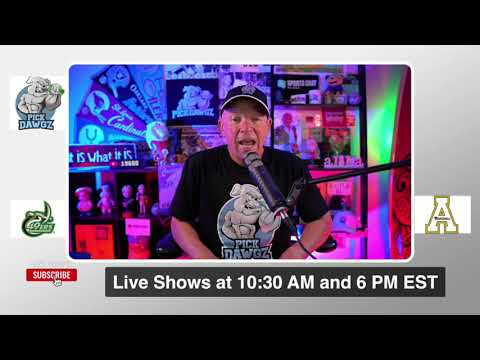