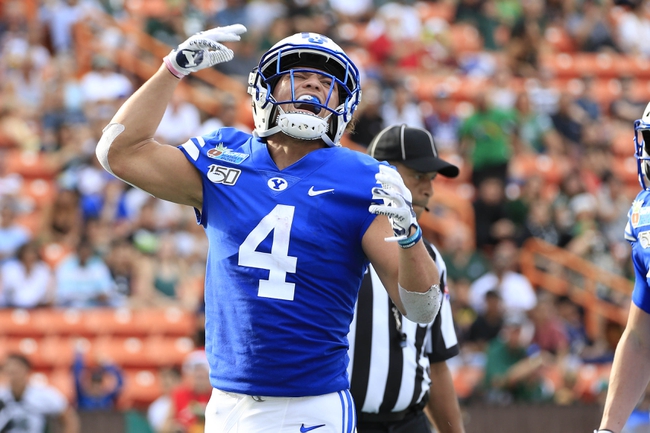 The BYU Cougars and the Navy Midshipmen face off in a non-conference showdown on Monday at Jack Stephens Field at Navy-Marine Corps Memorial Stadium. The last time these two teams faced off was in 1989 when BYU came away with a 31-10 victory.

The BYU Cougars finished with seven wins last season which was a disappointment, after there were high expectations heading into the year. Last year the Cougars finished the season by losing their last two games, including in the bowl game against the Hawaii Rainbow Warriors, a game they lost 38-34. Last season the Cougars averaged 28.5 points per game while the defense gave up 25.5 points per game. The good news for BYU heading into this season is they will get quarterback Zach Wilson back for this season. Last year, Wilson finished the year throwing for 2,382 yards, 11 touchdowns, and nine interceptions.

Outside, Wilson will have to find some new weapons with the top three wide receivers from last year's team gone. On defense the Cougars weren’t great last year, but this is a veteran team that has gotten most of its starters back.

On the other side of this matchup is the Navy Midshipmen who finished last season strong winning four games in a row, including their last game of the season over the Kansas State Wildcats. Overall during the 2019 season Navy finished with 11 wins. Coming into this season the big question for Navy is who will they have under center at quarterback. Malcolm Perry was a star last season for Navy, but he is gone and trying to replace his production is going to be tough.It appears at this point the job will go to Perry Olsen, but it wouldn’t be shocking if we see multiple people under center in this game.

On defense, Navy was strong, but most of the star power from last years team was strong. Four of the top five tacklers from last year are now gone. In this game some of the younger players need to step up on defense or there could be uses for the Midshipmen in this game.

Navy might have a new quarterback, but this BYU team isn't improved much over last season. Look for Navy's offense to find success and they will get the job done in this game. 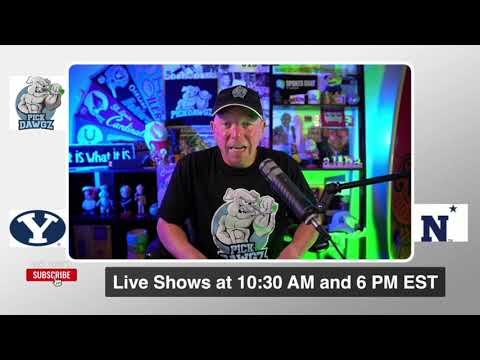