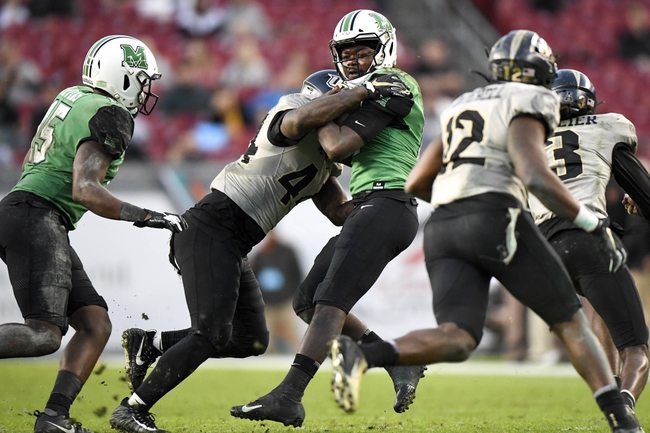 Marshall also had a winning season in 2019, as the Thundering Herd went 8-5 overall and 6-2 in Conference-USA action. Marshall returns their starting quarterback from a season ago in Isaiah Green, who will now be playing in his junior season. Green threw for 2,438 yards in 2019, along with rushing for 300. Green will have his starting running back from 2019 as well, as Brandon Knox returns for his senior year. Knox rushed for 1,387 yards on 270 attempts in 2019. Marshall will have to replace 46 receptions from Armani Levias, but overall Marshall seems to be well-prepared for this 2020 campaign.

I like Marshall to win this game very easily, as Eastern Kentucky is going to have to work out the rust early on with an entirely new coaching staff. I think Marshall has too much firepower on the offensive side of the ball for Eastern Kentucky to keep up, and I see the FBS team easily taking down their FCS opponent.