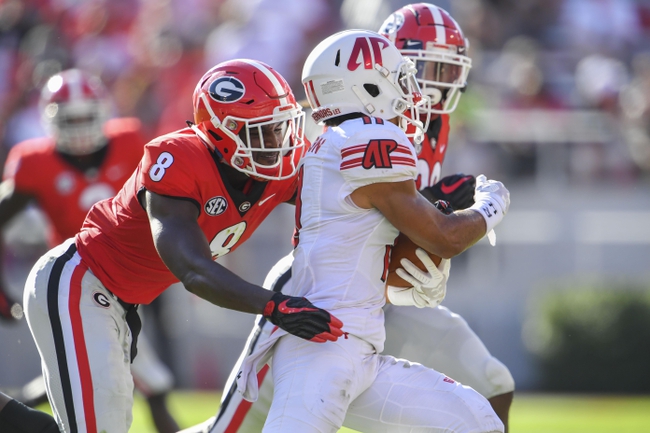 The Central Arkansas Bears had a whole lot of success during the 2019 season and will try to get this season back on the right track. They finished the regular season with a 9-3 record which gave them a share of the Southland Conference Championship. The Bears earned a first round bye and the number eight seed in the playoffs. In Central Arkansas first playoff game against Illinois State the offense really let them down scoring only 14 points and that led to the loss. Central Arkansas averaged 27.8 points per game and 382.4 yards while allowing an average of 26.6 points and 412.8 yards per game. The good news for the Bears is they get starting quarterback Breylin Smith back. Last season Smith was the star of the show throwing for 3,074 yards and 32 touchdowns.

Tyler Hudson was the top wide receiver for the team and last season he had 975 yards and 12 touchdowns. In this game Central Arkansas needs to find a way to get the offense going early and try to run up the score.

On the other side of this matchup is the Austin Peay Governors who also found success during the 2019 season finishing the season with a 9-3 record overall. Austin Peay were also able to make it to the FCS playoffs but they were knocked off by Montana State in the quarterfinals. Austin Peay averaged 34.5 points per game and 419.2 yards on offense while the defense gave up 20.6 points and 307.5 yards per game. Starting quarterback Jeremiah Oatsvall missed most of last season but it appears he should be back for this season, which makes them team even scarier than last season. All the stars for the Governors defense is also back.

Central Arkansas might have the better offense, but Austin Peay’s defense is better and that will be the difference in this game. Austin Peay might not win the game but they will keep it close enough to kick off their season with a cover.

Get Premium Picks Start Winning Now »
The pick in this article is the opinion of the writer, not a PickDawgz site consensus.
Previous Pick
LG Twins vs. NC Dinos - 8/15/20 KBO Baseball Pick and Prediction
Next Pick
Central Arkansas at UAB - 9/3/20 College Football Picks and Prediction