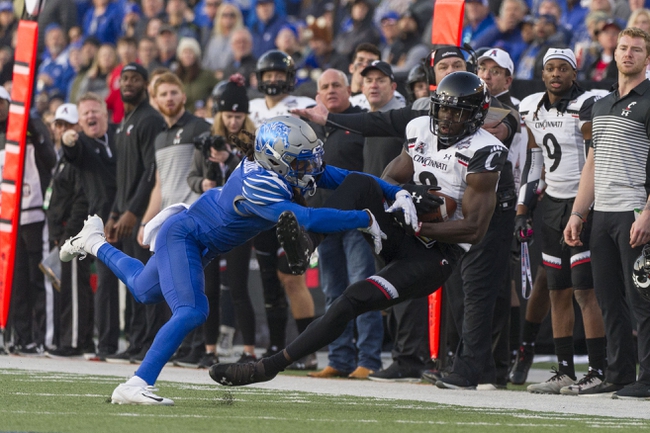 The Line: Cincinnati -3.0 -- Over/Under: Click Here for the Latest Odds

The Memphis Tigers are on the road for a clash with the Cincinnati Bearcats for an American Athletic Conference tilt. Memphis finished the 2019 season with an overall record of (12-2), while Cincinnati went (11-3).  Cincinnati found themselves on the losing end against Memphis last season, falling to Memphis twice.  Let’s take a closer look at both programs.  Get College Football predictions at Pick Dawgz.

Memphis will have the luxury of having quarterback Brady White back for the 2020 season.  White passed for over 4,000 yards last season, while throwing 33 touchdowns.  White threw 3 touchdowns and threw for more than 400 yards in the two games against Cincinnati last year.  Memphis will also welcome back running back Kenneth Gainwell.  Gainwell rushed for over 1,400 yards.  The Tigers should have a pretty good team for the 2020 season and a win against Cincinnati would go a long way in seeing how Memphis should fare inside the AAC during 2020.  For more on Cincinnati, check out the team preview.

Cincinnati will also have their quarterback from last season, as Desmond Ridder enters his junior campaign.  Ridder did not play in the first matchup against Memphis, but did rush for over 100 yards and a score in the 2nd meeting.  Gerrid Doaks will look to help the Bearcats snap this skid against Memphis, as he takes over for Michael Warren II. Cincinnati should be ready to play this game, as Ridder and Coach Luke Fickell will be looking for a redemption game in 2020.  For more on Cincinnati, check out the team preview.

Overview: This game is being played at Cincinnati, which is an indication on why Cincinnati is a field goal favorite over Memphis.  Both teams should be right back atop the AAC during 2020, as both programs return their starting quarterback from the 2019 season. Memphis won both games last season, but Ridder was unavailable for Cincinnati in one of the games.  This is a game that could decide if Cincinnati makes it to the AAC Championship Game.   I’m going to give Cincinnati the edge here, as the Bearcats will be at home.  Cincinnati covers the spread in this home contest.