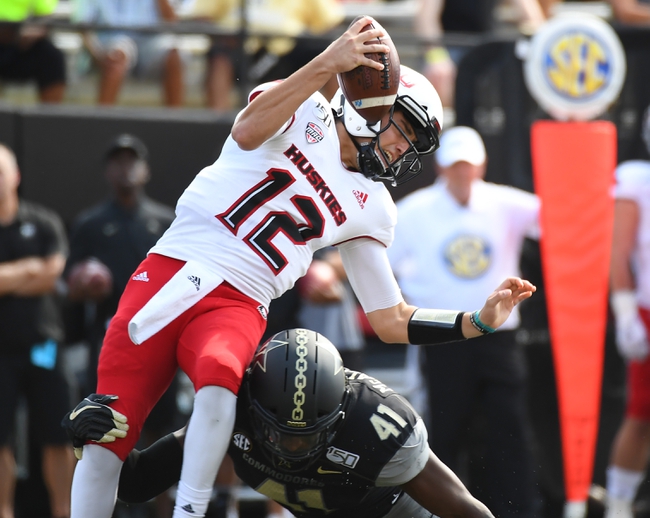 The Line: Toledo -5.5 -- Over/Under: Click Here for the Latest Odds

The Northern Illinois Huskies are set to play host to the Toledo Rockets in a MAC clash, taking place on November 17, 2020.  Northern Illinois finished the 2019 season with an overall record of (5-7), while Toledo went (6-6).  The two teams met a year ago, as Northern Illinois came out on top, 31-28.  Let’s take a closer look at each program.  Get College Football predictions at Pick Dawgz.

Northern Illinois will be looking for better fortunes during the 2020 season.  If Northern Illinois wants better fortunes during 2020, the Huskies need a win against Toledo, this all starts and ends with quarterback Marcus Childers.  Childers did not play a full season during 2019, passing for almost 500 yards and 6 touchdowns.  However, he was also solid on the ground, rushing for 366 yards and 5 scores. Northern Illinois should have one of the best running backs in the MAC for 2020, as Tre Harbison has gone over the 1,000 yard mark in back to back campaigns.  The defense does need to improve some, as the defense allowed about 28 points per game last season, which is how many points Toledo put up on the Huskies last year.  For more on Northern Illinois, check out the team preview.

Toledo saw success early on last year, but carried no momentum into the offseason.  Toledo lost their final three games of the season, after starting the year 6-3.  The Rockets will be led by Eli Peters for the 2020 season.  Peters passed for just over 800 yards, due to limited playing time, as Mitchell Guadagni was the starter for most of the season.  The coaching staff will be looking to running back Bryant Koback, as he is back for a junior year.  Koback rushed for almost 1,200 yards, while finding the end zone 12 times.  The defense has to improve this year, as Toledo had one of the worst defenses a season ago.  For more on Toledo, check out the team preview.