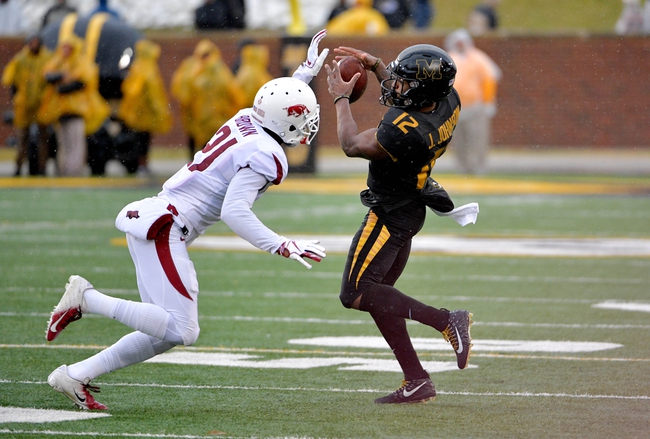 The Line: Missouri -9.5 -- Over/Under: Click Here for the Latest Odds

The Arkansas Razorbacks are on the road for a regular season finale at the Missouri Tigers, on November 28, 2020.  Arkansas finished the 2019 season with an overall record of (2-10), while Missouri went (6-6).  Missouri won the matchups last season, as the Tigers beat Arkansas, 24-14.  Let’s take a closer look at both programs.  Get College Football predictions at Pick Dawgz.

Arkansas will be hoping to give their fans something to cheer about during the 2020 season.  The Razorbacks were guided by quarterback Nick Starkel last season.  Starkel passed for more than 1,100 yards last season.  Arkansas used more than a couple quarterbacks during the 2019 campaign, but Starkel saw the most playing time. While the program did not have much excitement last season, the backfield did have a bright spot.  Rakeem Boyd rushed for over 1,100 yards while finding the end zone 8 times last season.  If Arkansas wants to hang with Missouri, Boyd will need to have a good game.  For more on Arkansas, check out the team preview.

Missouri will be anything but the same identity wise from a season ago.  The Tigers have a new head coach in Eli Drinkwitz, who came over from Appalachian State.  The offense will also have a different quarterback from a year ago, as well as a new starter at running back.  Tyler Badie looks to take over the rushing duties as a full time back, after being a backup to Larry Roundtree III a season ago.  If one thing is for sure, Coach Drinkwitz will be looking to improve the offensive numbers during the 2020 season, as the 2019 team ranked 93rd in fewest points scored per contest.  For more on Missouri, check out the team preview.

Overview: Missouri has opened up as 9.5 point favorites for this SEC matchup.  Coach Eli Drinkwitz had tons of success at Appalachian State over the last few seasons and he will be looking to do the same at Missouri.  Being successful means winning games with ease, that you are expected to win. This game at home against Arkansas is exactly that.  The Razorbacks look to have another down year in the SEC.  I look for Missouri to end their season on a high note, with a convincing win over Arkansas.