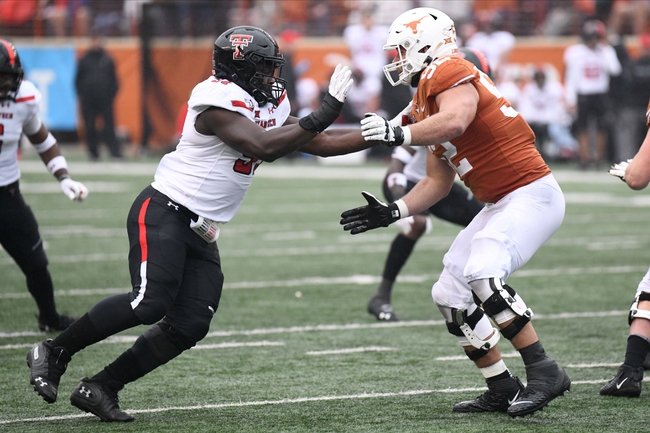 The Texas Tech Red Raiders play host for a Big 12 matchup with the Texas Longhorns.  Texas Tech finished the 2019 season with an overall record of (4-8), while Texas went (8-5).  The two teams met up last season in the regular season finale, as Texas blew out Texas Tech, 49-24.  Let’s take a closer look at each program.  Get College Football predictions at Pick Dawgz.

If Texas Tech wants to compete in this matchup, the Red Raiders will need a big game out of quarterback Jeff Duffey.  Duffey passed for 2,840 yards last season, while throwing 18 touchdowns.  The offense will have the likes of SaRodorick Thompson and Erik Ezukanma back for the 2020 season.  Although, the defense will have to improve for the 2020 campaign.  The defense was torched last season and especially in the game against Texas.  The best defensive player from last season's team was Jordyn Brooks and he moved onto the NFL.  For more on Texas Tech, check out the team preview.

Texas should be in good hands on offense, as quarterback Sam Ehlinger returns for his senior season.  Ehlinger passed for more than 3,600 yards, while throwing 32 touchdowns.  The backfield will be led by Keaontay Ingram.  Ingram rushed for more than 850 yards last season, while contributing 7 touchdowns on the ground.  The one area of concern for the offense is the receiving core.  Texas lost their top 2 wideouts to the NFL draft.  The defense will need to show some signs of improvement, as Texas allowed 27.5 points per contest last season.  For more on Texas, check out the team preview.

Overview: The Longhorns have opened up as double digit favorites in this matchups the pairs the program with an in-state foe.  Overall, Texas has the better program and it's by a good margin.  The Longhorns will be senior led at quarterback, which should help Texas put together an impressive season.  The Texas Tech program is none all that flashy at this point and would need more than a handful of things to go right in order to pull off a win here.  Texas should be able to go 9-3 on the season, while Texas Tech will struggle to find wins in the Big 12.  I’ll side with Texas to cover this double digit spread on the road.