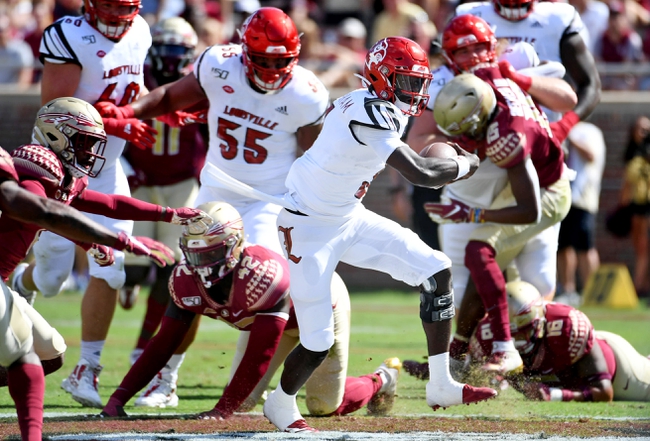 The Line: Louisville -4.5 -- Over/Under: Click Here for the Latest Odds

The Florida State Seminoles hit the road for a conference game with the Louisville Cardinals on October 24, 2020.  Florida State finished the 2019 season with an overall record of (6-7), while Louisville went (8-5).  The two teams met last season and Florida State came out on top, 35-24.  Let’s take a closer look at each program.  Get College Football predictions at pick Dawgz.

Florida State is led by quarterback James Blackman.  Blackman will be hoping to build off of a 2019 season that saw him pass for 2,339 yards, while throwing 17 touchdowns.  Florida State will need to fill a void at the running back position, as 1,000 yard rusher Cam Akers was drafted during the 2020 NFL Draft.  If the Seminoles want to win in back to back seasons against Louisville, Blackman will need to find his favorite target from last season, Tamorrion Terry.  Terry nearly had 1,200 yards receiving thanks to his 60 receptions.  For more on Florida State, check out the team preview.

Louisville will also have their quarterback from the 2019 campaign return for the 2020 season.  Micale Cunningham passed for over 2,000 yards, while totaling 28 touchdowns.  Javian Hawkins is looking to mirror his 2019 season, after rushing for more than 1,500 yards as a freshman.  Louisville also welcomes back TuTu Atwell, as he had a tremendous season in the receiving core during 2019. The offense was young last season, which should only help the hype surrounding the program for this season.  For more on Louisville, check out the team preview.

Overview: Louisville has opened up as 4.5 point favorites in this ACC matchup.  Both teams should see their fair share of success throughout the 2020 season.  Both teams return plenty of firepower, especially on the offensive side.  The Cardinals were very young last season, which means those young plates gained valuable experience.  The experience gathered last season that helped the program secure 8 wins, should only help Louisville build on that going forward.  Florida State will be good this season, but a win on the road against Louisville may be a little far fetched at this point.  I’m going to side with Louisville to cover this spread at home, as Louisville has fewer questions on offense than Florida State.